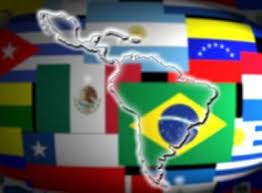 “Economic growth, broader internet penetration and the proliferation of inexpensive mobile devices that enable more consumers to shop online are all driving strong growth in e-commerce. And, just as in other regions, entrepreneurial startups are hitting it big by selling online in Latin America,” declares  2013 Latin America 400. The Internet Retailer report ranks and analyzes the 400 leading web merchants in the Americas outside the United States.

According to the study, Brazil’s economy – one of the largest in the world – reported total retail sales of US$336 billion, B2C sales representing 3.6% of that amount.

Among the top 400 Latin American online retailers, 248 are in based in Brazil. Their collective web sales increased 19.9%, reaching US$9.6 billion in 2012. In fact, seven of the 10 fastest-growing online retailers are located in Brazil. One notable case is that of Kanui, which experienced a 9,000% sales increase, reaching US$120 million and rendering it the fastest-growing e-retailer in Latin America.

“From maturing e-retailers to skyrocketing start-ups, e-commerce in Latin America is booming, beckoning online retailers and solutions providers the world over to dance to a digital Latin beat,” said Jack Love, Internet Retailer Chairman and CEO. “A strong case can be made for U.S. e-retailers to begin their pursuit of global e-commerce opportunities by first going south of their own border, where markets are closer, cultures are familiar and American brands are highly desired.”

China boasts the biggest online population in the world. However, for online retailers based in the United States looking to expand their businesses in countries with high internet penetration rates, especially via mobile devices, Latin America offers a plethora of opportunities.

The report also reveals that the U.S. e-retailers in the top 400 reported 20% growth in total web sales last year, translating to US$2.3 billion. This growth rate is on par with Brazil.

E-Commerce in Latin America: The Pros

According to comScore, Latin America has the fastest-growing online population in the world. The digital divide in the region is closing, smartphone prices are dropping, and countries like Brazil, Mexico, Chile and Argentina are high-potential markets for e-commerce.

B2W, Brazil’s biggest web retailer (ranked first in the top 400) will invest nearly US$500 million over the next three years on new e-commerce technology, logistics and fulfillment.

Here are a few more facts to take into consideration:

Global Growth Leader: Latin America is the among the world’s fastest-growing e-commerce markets, behind Asia and ahead of both the U.S. and Europe.

IT Spending: Total IT spending in the region reached US$97 billion, hence why investors, analysts and corporations anticipate an explosion in online sales, especially in Brazil, Mexico, Argentina and Chile.

Brazil: Online sales in Brazil are expected to double over the next five years, reaching US$25 billion by 2017.

Facebook: Brazil is Facebook’s second biggest market, behind only the United States. What’s more, five of the ten most engaged markets in Latin America are located in Latin America.

U.S. E-Retailers: The number of Latin Americans who visited Walmart.com increased 163% in 2012 to nearly 12 million.