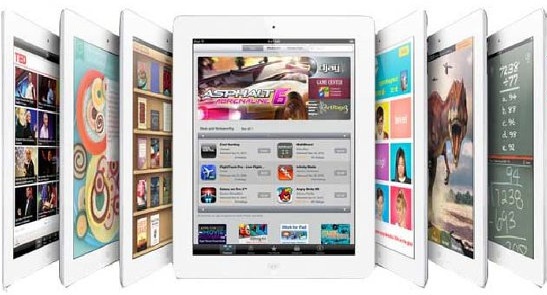 Something’s been cooking at mobile advertising leader StartMeApp for quite some time now. At the start of the year, the Buenos Aires-born company announced that it would be moving its headquarters to London.  And in March, it kicked off a five-city mobile ad seminar, starting in São Paulo. And over the past eight weeks, StartMeApp has started to reveal another part of its plan – new hires.

Over the past two months, StartMeApp has brought in a handful of executives and experienced professionals to fill top positions at the company.

In June, StartMeApp announced the addition of U.K.-based digital ads vet Alexandra Toro to its team, bringing her onboard as U.K. & European Regional Manager. At the same time, the company also upped efforts in the Asia-Pacific region, establishing a commercial presence in Singapore under the direction of John Fennessy. The goal with both additions: to boost and extend StartMeApp’s global reach.

StartMeApp boasts strong prospects in both markets. In June, Co-Managing Director and Founder of StartMeApp Gaston Fonzo revealed that the European market comprised nearly a quarter of ads served by StartMeApp in 2012 and expressed high hopes for Ms. Toro’s ability to grow its European business in 2013.

As for StartMeApp’s Asia Pacific presence, Alejandro Campos, who manages and founded the company alongside Fonzo, remarked:

APAC is an increasingly important market for StartMeApp, accounting last year for nearly 10% of our ad impressions worldwide, at an annual growth rate of 158% – a rate StartMeApp expects to increase significantly this year. Working from Singapore across all Asia-Pacific markets, John Fennessy will be able to leverage his business development experience gained in our European markets to extend StartMeApp’s mobile advertising presence in APAC, effectively managing our ongoing client relations and building new business with Asia-Pacific advertisers, agencies and all leading providers of mobile apps and content.

With a new set of professionals at the helm of its European and Asia Pacific operations, in July, StartMeApp announced another addition. This time around, the company brought on Valerie Itey as Head of Global Sales.

With experience at top agencies like Universal McCann and with her own company, MobMendIT, Itey now oversees and manages StartMeApp’s sales and business development initiatives. “Valerie has immediately set to work prioritizing StartMeApp’s sales and service initiatives for our growing list of global publishing, brand and advertiser clients, who we know will see an immediate impact on their ability to maximize content inventory and generate increased ROI on their advertising campaigns worldwide,” Fonzo remarked at the time.

Things in order overseas, StartMeApp has again turned its attention to its Latin American team, this time, with an eye on Mexico. Today, the company announced the appointment of a new Country Manager for Mexico, Gwenaelle Lefeuvre. Previously the General Manager at Millevent Amerigo, Lefeuvre will now head StartMeApp’s operations in one of its most promising markets.

Mexico accounted for 1.48 billion monthly impressions on mobile ads, apps and content over StartMeApp’s network during the second quarter of this year, comprising nearly 10% of its worldwide impressions and equaling nearly one-third of its impressions by all other Latin American markets combined.

StartMeApp’s decision to appoint Lefeuvre is a reflection of the unique characteristics of the Mexican market as opposed to the rest of Latin America. In general, mobile trends in Mexico tend to follow the United States much more closely than other countries in the region. iOS, for example, is on the upswing in Mexico, which isn’t the case elsewhere in LatAm.

Fonzo commented on the Mexican mobile market and StartMeApp’s place in it:

As more and more Mexican consumers transition from feature phones to the new generation of smartphone and tablet devices, StartMeApp’s expert mobile advertising team under Gwen Lefeuvre’s direction will be ready and eager to assist our clients in delivering highly relevant ads, apps and content to the right mobile consumers, over the right devices in the right place and at the right time, delivering maximum ROI on their mobile ad campaigns and content inventory.

StartMeApp’s strategy is certainly a multifaceted one, and the people it brings on to execute it are clearly a key part.