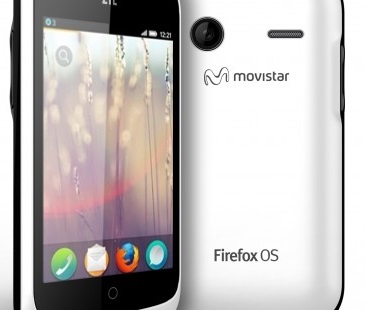 Latin America’s mobile market has become a hotspot for international entities of all shapes and sizes, and Spanish telecom giant Telefónica is, without a doubt, one of the strongest proponents of and forces in mobile technology in the region.

With mobile penetration rates on the rise and enormous room for growth, Telefónica has joined other actors in the region in deciphering ways to tap into the potential of Latin America’s mobile market. And though the month of August has just begun, the corporation has already made two major announcements in the field, revealing not only its interest in the arena but also its diversified approach.

Last week, Telefónica announced the launch of two Firefox OS smartphones in Latin America – the Alcatel OneTouch Fire and the ZTE Open. Both are now available in Colombia and Venezuela, and Brazil is on the horizon for Q4. The devices are available through Telefónica’s Movistar.

This marks the first time the phones are being marketed outside of Europe, the ZTE Open having launched in Spain in July. Yotam Ben-Ami, Director of Open Web Devices at Telefónica Digital, reflected on the significance of the smartphone launches in Europe and Latin America:

There is strong momentum building behind Firefox OS as we bring more devices to more of our markets. But this is just the beginning as the platform, content ecosystem and range of devices continues to expand. There is an inherent imbalance in the smartphone market at the moment and we believe that Firefox OS represents the best opportunity to restore balance and provide a more open smartphone experience to customers.

What Telefónica hopes will set its devices apart is the fact that they’re based entirely on open web standards, thus freeing consumers and developers from the constraints of closed ecosystems and using the web as a platform for all functions and applications. Mozilla COO Jay Sullivan remarked:

Firefox OS powers the first smartphones built entirely on Web technologies and will stimulate an inspiring new wave of innovation for the Web. We are proud to work with partners like Telefónica, which see the potential to deliver an experience for first time smartphone users which will delight them and really put the power of the Web in everyone’s hands.

Of course, it won’t exactly be smooth sailing for the Firefox OS devices in Latin America. It will be up against iOS and Android, which generally rule the roost, as well as Windows and BlackBerry. But such competition may be what Telefónica’s had in mind all along.

iSend to Top Up Mobile Phones in LatAm

iSend, a U.S.-based electronic payment service for people supporting family members outside the country, has signed an agreement with Telefónica to keep families in the Americas better connected.

Through the deal, consumers in the United States and Canada will be able to purchase mobile airtime via Movistar for family and friends in Latin America. The agreement encompasses Movistar operations in Argentina, Colombia, Ecuador, El Salvador, Guatemala, Mexico, Nicaragua, Panama, Peru and Uruguay. Through iSend, customers can charge any mobile phone. They don’t pay more for the service beyond minute prices, and they receive instant verification.

This comes as part of iSend’s objective of expanding its Latin American footprint. Further down the line, the company aims to allow its customers to purchase top-ups for mobile phones serviced by al leading carriers in the region.

For Telefónica, this is a way to gain ground in the United States, especially among Latinos. Freddy Cantor, who manages channels and transaction services for Latin America at Telefónica, remarked:

We are focused on expanding our distribution network in the U.S. so that we can increase our product availability and our customer service. Our iSend partnership gives us access to a large number of retailers within the Hispanic community and the ability to deliver a quality service to our customers.

Just six days into August, it’s shaping up to be a big – and mobile – month for Telefónica.