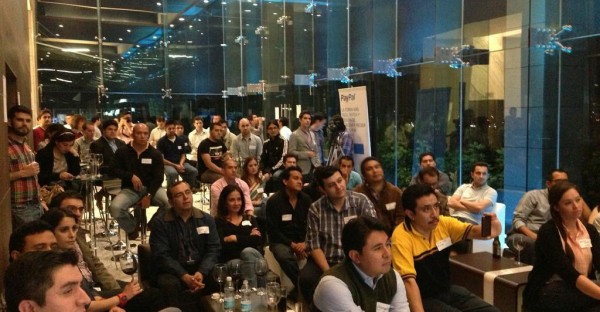 The PayPal & PulsoSocial Dev Meetup on e-commerce in Mexico was the setting of the announcement. During the event, LeBlanc expressed hopes that the API would fare as well in Mexico as it has in the United States, where it launched in March and has had a positive impact among developers.

“It was a complete change. We rewrote all of our products and based them in open standards like REST and OAuth2,” LeBlanc told event attendees. With years of experience in ID authentication system integration, LeBlanc was clearly excited to announce the technology in Mexico and went on to outline the standards.

REST (Representational State Transfer) is a style of software architecture for distributed systems created by W3C in an effort to simplify and standardize communications between network parts. In essence, good design and implementation generate autonomous transactions, independent of the platform or programming language.

OAuth2, on the other hand, is an open standard for authorization that used by many companies to provide secure access to protected resources. In general, it’s utilized to grant access without having to share credentials.

LeBlanc’s announcement received a positive reaction from the developers in the audience. “For us, as developers, the arrival of the REST API from PayPal is more than welcome, as it reduces implementation times significantly,” commented Sinue García of Quantmogul, a platform that provides stock market insights and democratizes financial information.

For Luis Blamar of Codefire, a company that develops custom software, what’s important is showing users that it’s safe and easy to buy online:

The perception still hasn’t changed in Mexico, a persistent gap remains. This new announcement is important. With the REST API and OAUTH2, tools are established to avoid phishing and identity theft. Knowing this, clients feel more secure.

Verónica Traynor, an expert in user experience, commented that all effort required from users substantially diminishes purchase success rates. She explained, “Each screen, each click, and each field have a negative effect.”

To simplify the purchase process, PayPal offers two tools to accelerate progression and keep clients from desisting. One is CardI/O, which allows users to take a picture of their cards and extracts all of their information. Another is the service at the opening of the PayPal account session, LeBlanc elaborated:

In Mexico, this tool is essential, given that fears surrounding fraud are a significant roadblock to the development of e-commerce in the country. And with mobile devices on the rise, such tools are extremely necessary to ensure that minimal effort is required from consumers, thus increasing conversion rates. LeBlanc remarked:

Using several of the tools we offer, user experience improves enormously, in mobile developments, above all. This has allowed us to see an increase not only in the traffic of PayPal’s retail affiliates but also in their revenues.

He also noted that direct credit card payments will be activated in Mexico at the end of this year. This means the possibility of converting a website into a virtual terminal to receive payment without requiring clients to have PayPal accounts.

PayPal has its sights set on becoming Mexico’s payment leader, offering a product portfolio that is simple and secure for developers, retailers and consumers alike.