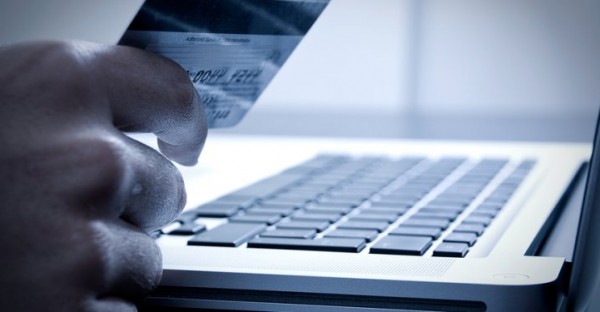 According to a study carried out by VISA in conjunction with América Economía, e-commerce sales in Latin America are expected to surpass US$69 billion this year. And by 2014, they’ll likely reach US$100 billion.

E-commerce is among the fastest-growing industries in the region, enticing numerous entrepreneurs from Latin America and all over the globe. However, the sector presents a fair share of challenges as well.

First, a look at the numbers. The total volume of electronic commerce in the world grew 21.1% in 2012, exceeding one trillion dollars for the first time (this, according to eMarketer). North America accounts for 33.5% of that total, followed by Asia Pacific (33%), Western Europe (26.9%) and Eastern Europe (3.8%). Latin America ranks fifth, with 3.4%, after which comes the Middle East and Africa at 1.9%.

North America also boasts the highest average e-commerce spending per user – US$2,221. Breaking it down country-by-country, it’s the Brits who spend the most, the U.K. averaging US$3,585. Australia follows with US$3,547, then Norway (US$2,530) and the United States (US$2,293). Latin America’s numbers tell a different story, resting at US$578 per user. Mexico and Brazil post higher numbers – US$854 and US$717, respectively – while Argentina finds itself well below the regional average, at US$380.

Internet penetration rates are also worth considering. Mexico leads the region in internet use, followed by Brazil. According to the Mexican Internet Association (AMIPCI), 45.1% of Mexicans have internet access, though the majority use the web only as a way to search for information. In fact, while 90% of Mexicans research online when they want to make a purchase, only 37% make that purchase on the internet. Nevertheless, e-commerce in the country grew by 40% in 2012.

The latest figures value e-commerce in Mexico at around US$6.2 billion (80 billion Mexican pesos), with tourism and technology leading the sector. AMIPCI Director Fernando Gurrola reflected on the numbers:

It’s interesting growth; however, we’re doing just a fifth of what Brazil’s transacting. In our country, given the infrastructure and the number of internet users we have, we need to increase transactions.

So why aren’t more Latin Americans buying online? There are a lot of explanations. Many still don’t know how to do so, and others don’t have a credit card. Some are afraid to reveal too much information online, and many just don’t believe the products they purchase will actually arrive.

A WorldPay study entitled Are you giving your customers what they really, really want? highlights the importance of speed and security in the online retail world. When asked what they prioritize most when buying online, 75% consumers said they most vale the security of personal or financial information, 68% payment security checks, and 57% guarantees and warrantees provided for products or services. This is something retailers should pay attention to, as the study also revealed that merchants tend to prioritize design, navigation and speed.

In Latin America, there are various issues to be addressed:

1. There are a limited number of payment services available, and tax laws are very different in each country. Cash continues to dominate the region. In countries like Brazil and Argentina, credit and debit card use rates are still low, meaning that other alternatives are needed. A WorldPay payment optimization report reveals that in Mexico, COD and PayPal are the most popular methods of payment among consumers. In fact, 52% of Mexicans use PayPal – an impressive figure considering that 40% is the global average.

2. Increasing user confidence is essential. Latin American consumers are still weary of the prospect of buying online, due in large part to high fraud rates in the region. More than half of consumers in Mexico and Argentina report concerns about fraud. Given this reality, it’s vital to demonstrate to clients that buying online is much more secure than they may think. One way to achieve this is through security certifications from bodies like AMIPCI, VeriSign and TRUSTe.

3. Clients must be provided a channel that fosters a positive experience. Consumers need detailed information, guiding them in where to buy and what to do when it comes to warrantees and returns. The online shoppers who buy most in Argentina, Brazil and Mexico are hyper aware of payment speeds, navigation, clear pricing and additional costs.

4. Mobile. M-commerce is on the rise, and e-commerce sites have to be optimized for purchases via mobile devices.

5. Cross-border logistics have to improve. Latin America is a region with an enormous amount of promise, and e-commerce companies can benefit greatly from the ability to sell to every country in the region – not just their own. It’s essential to continue to work through problems of payment methods, currencies and deliveries in order to take full advantage of the regional scalability of online retail.

Want to delve further into the realm of e-commerce in Latin America? Then don’t miss PayPal & PulsoSocial Dev Meetup: E-Commerce in Mexico, slated to take place in Mexico City this afternoon. Find all the details here.