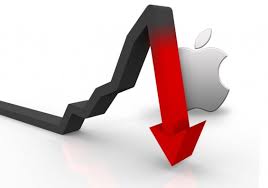 Are we spoiled? Have we become completely accustomed to and expectant of Apple’s ability to transform the technology industry and modify how we experience the world? With the loss of Steve Jobs, has Apple, effectively, lost its touch? The figures most recently released by the company indicate that this may be the case.

“Not all companies typically change the world every three or four years. However, the legendary Steve Jobs accomplished just that: the iPod in 2001, iPhone in 2005 and iPad in 2009. These are all products that, at different rates, reconfigured entire industries, setting the pace of innovation,” remarked Patricio O’Gorman, co-author of Diginomics and Professor of Digital Strategy at the Universidad de Palermo Graduate School of Business in Buenos Aires.

Last week, Apple presented a set of quarterly results reflecting growth of just 0.9% sales and a 21% fall in profits. “The trend marked by both figures is not positive, and it justifies – at least partially – those pointing to the punishment the market is dealing out to the company’s stock prices, which have declined from their peak at US$700 per share to levels at around US$400 per share. Nevertheless, these ‘poor’ results generated a 5% jump post-market close,” O’Gorman explained.

The End of an Era?

O’Gorman pointed out that Apple hasn’t launched a revolutionary product since the iPad. Instead, it’s focused on improving the characteristics of its existing products (through what is called marginal or progressive innovation).

“Rumors about the iTV, which never arrived, continue, as do whispers about an iWatch. But nothing of the sort has come out of the lab headed by Jony Ive, the inheritor of Jobs’ magic,” O’Gorman noted. “A completely redesigned operating system (OSX and iOS7) has been announced for release in September, but it won’t be a ‘magic product’ along the lines of the aforementioned.”

But as share prices have increased, the question becomes even more complex. According to O’Gorman, shares bounced because Apple sold five million more iPhones this year than during the same period the year before (31.2 million vs. 26 million), putting to rest doubts about the saturation of the high-end smartphone market.

“Prices didn’t jump more because fewer iPad units were sold than expected (14.6 million vs. 17 million during the same period last year), leading to the interpretation that competitors are finally managing to put on a bit of pressure when it comes to tablet sales. The Mac business is stable, with a slight decline – a likely indicator that its growth over the past few years is starting to show some signs of fatigue,” he affirmed.

What can we expect next from Apple, a dynamic force in technological innovation? It’s hard to predict, especially considering that the company’s forte has been in launching surprising and futuristic products. Is there something we can be sure of? “What we can say is that Apple seems to have concluded the first ‘great cycle’ of innovation in the mobile market, and as a result of having created new markets – what were once blue oceans and are now intensely competitive – the company’s results are starting to suffer the pressure,” he explained.

In O’Gorman’s eyes, if, in the short term, Apple announces new and revolutionary products, what would ensure would be a change is the perspective of investors and the market with respect to the company. The value of Apple shares represents the actual value of future cash flows, and if that flow isn’t populated by products that elevate the company’s estimated profitability, shares probably won’t recuperate the astronomical levels they’ve reached before. He concluded, “The creation of one – or more – of these new markets (watches sounds strong) could give new wings to this company, which always has reason to surprise us. Whether Apple can accomplish this without Steve Jobs is what we’re going to find out in the months to come.”