Event discovery app Calendo is now available in Spanish, meaning a new way for Latin American mobile users to find activities and events in their areas.

Out of Tel Aviv, Calendo works in two ways. First, it finds and predicts upcoming events that users may be interested in attending, its recommendations tailored specifically to each individual’s interests. Second, over time, it adapts to the user’s tastes, thus becoming more relevant. Currently, Calendo is available for iOS (download is free). 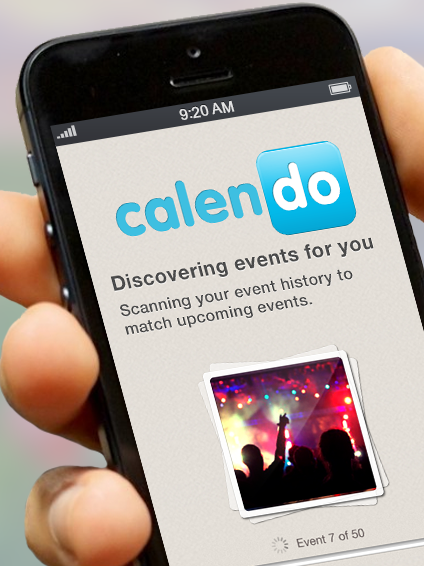 Calendo constantly scans for, prioritizes and filters new options, connecting users with large-scale events like concerts and sporting competitions as well as smaller-scale gatherings, parties and classes. Its technology automatically learns and adapts to tastes and preferences, its real-time algorithm analyzing information from multiple sources simultaneously to compute an event score predicting interest. Eran Back, Co-founder and CEO of Calendo, explained the company’s end game:

Calendo’s vision is to help people enrich their offline lives by allowing them to discover new activities, expand their social circles and make better use of their leisure time.

In four months of beta testing, the number of events attended by an average Calendo user increased from four to 13 per month. Calendo officially launched its iOS app in April and is backed by a US$500,000 seed investment from Saar Wilf.

The Lay of the Land in LatAm

Of course, Calendo’s not exactly alone in the event recommendations category in Latin America. One formidable competitor is Kekanto, which is backed by a US$5.5 million investment from W7 Brazil Capital. Another player to watch out for is Citibuddies, a Buenos Aires-based online platform that just completed the acceleration process with NXTP Labs.

And though Calendo isn’t available in Portuguese just yet, if and when that changes, it’ll be up against Brazil-based entities like Spotwish and Boosk.