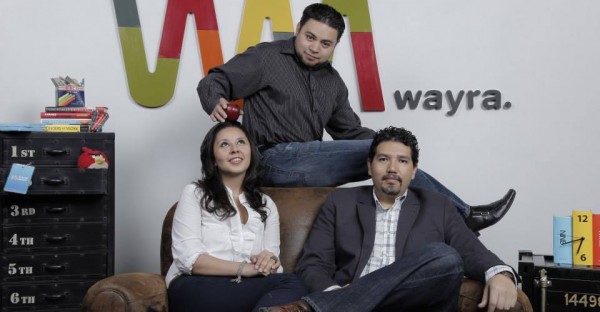 Arali Camacho, Rubén Jiménez and Tirso Martínez are taking full advantage of their San Francisco stay with Desafio Intel. Everything they’ve learned they’ll be applying to their startup, SchoolControl, which they’ll soon be expanding from Mexico into the rest of Latin America.

SchoolControl is a cloud-based platform that connects parents and teachers in a simple, fast way. It is a quick communication channel, keeping parents up-to-speed on what they’re children are doing at school.

“We’re focused on the platform 100%. We launched two months ago and already have 10 schools and 1,500 users,” said Arali Camacho, one of the founders of SchoolControl. The startup charges schools to use its application as well as a fee based on the number of students.

The members of the SchoolControl team have experience in education-related projects and noted a problem with communication between parents and schools. They devised a way to keep both parties connected and created an online platform and app that can be accessed from any device.

Based in Mexico, SchoolControl has garnered its fair share of attention. The team was nominated for the Entrepreneurs of the Year award given out by Expansión Magazine and CNN. They were selected for acceleration by Wayra Mexico and made our list of the top startups in Latin America, the PS10. And, of course, they won the Mexican leg of Desafio Intel.

Tirso Martínez, one of the other co-founders of SchoolControl, explained why the team decided to participate in Desafio Intel:

Intel is committed to innovation, and it’s a good vehicle to help us make this technology the global product we envision. Having won means that we’re on the right path. The solution we’re proposing is technical and economically viable. This is great backing.

There’s been no rest for the SchoolControl team while in San Francisco. They’ve done tons of networking and have taken an inside look at top companies. Camacho noted the focus of the businesses visited, “Something that really sticks out is the value they put on human capital; they are concerned about the employees’ comfort.”

Rubén Jiménez, the third leg of the SchoolControl team, added that the exchange of ideas among YouNoodle Camp participants has been beneficial. He commented, “The exchange of experiences is enriching for everyone.” Camacho added, “That’s been great, because a lot of the time, when you’re developing your product, you don’t see your mistakes.”

Of all of the companies they’ve gotten to know in San Francisco, three stood out. The first was Dropbox, where the philosophy is making something highly utile. “Even if it’s just one thing, it’s the best it can be for the user,” the team commented. They also highlighted Square for its ability to pivot and change models until landing on the right one. Finally, they commended Zappos for its stellar work environment. The founders of SchoolControl shared the most important pieces of advice they’ve received as part of Desafio Intel. “Your idea is worth nothing. You’ve got to work and get past the notion that your idea is really valuable. You have to surround yourself with talented people and form a good work team. It’s about daring to do something different,” emphasized Martínez. Camacho chimed in, “Here, you share so much of your idea to get all of the feedback you need.”

Jiménez added that it’s been helpful to have their pitch prepared, because you can come across someone you want to share your idea with at any time and use the opportunity to validate the concept.

The SchoolControl team highly recommends participating in Desafio Intel to others. Camacho commented:

First, the power of the Intel brand in winning the prize, knowing that people trust our product more because of that backing, has been great for us. Second, we’ve learned so much. In just a month, we’ve learned just as much as we did in the Monterrey incubator and with Wayra.

Currently, SchoolControl is in the process of closing an alliance with Telefónica to expand the product into Guatemala, Colombia, Costa Rica and Peru. They’ll also be one of the teams presenting at the Desafio Intel Demo Day soon.