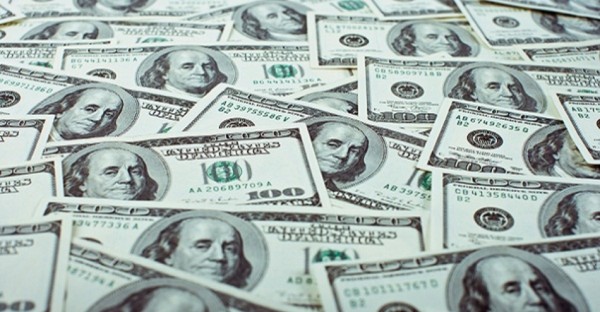 Y Combinator has founded 564 startups, including its current batch, which has 53. The collective valuation of the 287 startups of that group that have received such is more than US$11.7 billion.

That number is, as to be expected, largely the result of a few big winners. The top 10 represent US$8.6 billion of the total US$11.7 billion. But according to Paul Graham, one of the co-founders of Y Combinator, those aren’t the only companies with a chance at making it big. In fact, he estimates that 40 of the accelerator’s startups have a potential for success.

“One consequence of funding such a large number of startups is that we see trends early. And since fundraising is one of the main things we help startups with, we’re in a good position to notice trends in investing,” Graham writes in a recent essay on his blog discussing startup investment trends.

Will the future be better or worse than the past? Will investors make more money? What can founders expect? Graham lays out a long list of insights and arguments.

According to Graham, there are two major forces changing the face of startup funding. First, it’s cheaper now to start a business than ever. Second, startups are becoming a more common thing to do. In turn, several consequences are derived:

Starting your own business, a new life option. Graham recalls that when he graduated from college in 1986, there were two options available to him – get a job, or go to grad school. Today, there’s a third option, which is starting your own company. And while in the ‘80s this was also a possibility, there was virtually no chance of creating something really huge. “That kind of change, from two paths to three, is the sort of big social shift that only happens once every few generations,” he remarks.

Look at it how you like, but one thing’s for sure: from here on out, we’re going to see more startups. The giant corporations of the mid-20th century are in decline and being replaced by networks of smaller companies. Graham reflects, “This process is not just something happening now in Silicon Valley. It started decades ago, and it’s happening as far afield as the car industry. It has a long way to run.”

Founders take control. The lowered cost of creating a startup is a major factor in rendering founding one’s own company a more commonplace decision. The fact that startups need less money, in Graham’s eyes, means that founders are gaining an advantage over investors. He explains, “Because founders have the upper hand, they’ll retain an increasingly large share of the stock in, and control of, their companies. Which means investors will get less stock and less control.”

The talent problem. As mentioned by Andy Freire in a recent PulsoSocial interview, today, the main obstacle in creating successful companies is the lack of talent with the real ability to lead a project. “That number can and will increase,” Graham insists. “There are still a lot of people who’d make great founders who never end up starting a company. You can see that from how randomly some of the most successful startups got started. So many of the biggest startups almost didn’t happen that there must be a lot of equally good startups that actually didn’t happen.”

What about returns? “Are we heading for a world in which returns will be pinched by increasingly high valuations?” Graham asks. His response is that top VCs will actually make more money than in the past.

“High returns don’t come from investing at low valuations. They come from investing in the companies that do really well. So if there are more of those to be had each year, the best pickers should have more hits,” he argues. “This means there should be more variability in the VC business. The firms that can recognize and attract the best startups will do even better, because there will be more of them to recognize and attract.

And angels? “It used to suck to be an angel investor,” he declares. In the past, they were unable to access the best deals (unless they got really lucky). And even when they did get a chance to invest, they could later be stripped of their stocks upon the arrival of a VC. “Now an angel can go to something like Demo Day or AngelList and have access to the same deals VCs do. And the days when VCs could wash angels out of the cap table are long gone,” he notes.

A clash of ideas. Will more startups mean more big hits? Probably not, for two main reasons. First is the past fear of starting a business in the first place – a significant filter. Now that failing is less expensive, founders will likely do it more (something that won’t lead to more success).

Second, in having more startups, we can expect more clashes of ideas. “Although the finiteness of the number of good ideas is not the reason there are only 15 big hits a year, the number has to be finite, and the more startups there are, the more we’ll see multiple companies doing the same thing at the same time. It will be interesting, in a bad way, if idea clashes become a lot more common,” he explains.

More startups, more mistakes. As the number of startups increases, along with the potential for failure, the ecosystem of the future will be shaped differently. Graham argues, “What used to be an obelisk will become a pyramid. It will be a little wider at the top, but a lot wider at the bottom.”