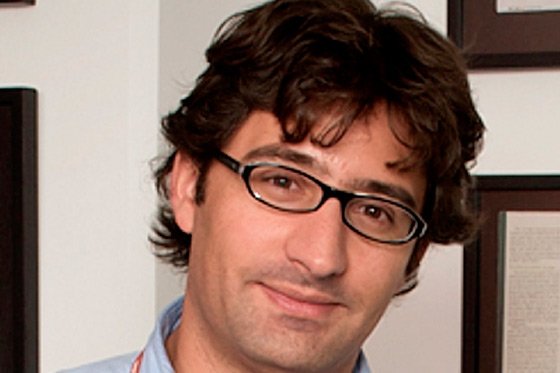 José Fernando Vélez is the CEO of PagosOnline, a company that integrates local forms of payment, such as bank transfers and cash, into its own online platform. Selected as an Endeavor entrepreneur in 2010, he was named to the Colombian edition of the MIT Technology Review’s 35 Innovators Under 35 list in 2012.

In a Latin American entrepreneurial ecosystem in which success stories are lacking, the career trajectory of and achievements made by entrepreneurs like Vélez are extremely important. This is his story.

Vélez founded PagosOnline with friends Martin Schrimpff and Santiago Spinel in 2002. Spinel had a growing business selling electronics on e-commerce platforms MercadoLibre and DeRemate but found himself with one big problem: there was no way for buyers to pay him via credit card. He devised a solution and enlisted Schrimpff and Vélez, who had started a small development company, Sirius, to help him build it out. With that, PagosOnline was born.

Once the decision was made, Vélez dedicated the next year of his professional life to building the first version of the PagosOnline platform. In the meantime, Schrimpff and Spinel got to work establishing relationships with local banks and financial institutions. “We were very young, and, honestly, I don’t know how we managed to convince them,” Vélez reflected.

The first five years were quite a struggle for the PagosOnline team. E-commerce in Colombia was virtually non-existent, and the startup had received no outside investment. In 2007, the company took off, and since then has grown revenues by roughly 80% each year.

Vélez is now at the helm of PagosOnline, but he’s not your typical CEO – he started out as an engineer and then headed IT before ascending to the company’s top spot.

“I’m still acquiring a lot of new skills,” Vélez admitted, “but I would say that I mainly had to learn a lot about financials and effective communication. I also had to learn how to deal with investors and with a board of directors, prepare presentations and keep stakeholders (employees, investors, and partners) engaged in the business. Recognizing my strengths and shortcomings and building a team that complements me have also been important.”

As an entrepreneur with a 10-year trajectory in the Colombian and larger Latin American market, Vélez has observed the ecosystem evolve and change. When asked to characterize the region’s entrepreneurs, he replied, “We all have different personalities, some are more outgoing and others are more introvert, but I would say everyone is very intelligent, and for me, that’s a prerequisite to be a successful CEO or top executive.”

He also acknowledge areas in which the region’s entrepreneurs fall short, “One big shortcoming I see is a lack of discipline and also a lack of a paranoiac view on competition. Globalization is changing the world, and only the most efficient and competitive will survive.”

A Transnational View of Entrepreneurship

The strengths and weaknesses of Latin America’s CEOs, in Vélez’s eyes, aren’t all that different from those leading companies all around the world. In fact, the skill set required is largely transnational.

“I don’t know if a successful CEO in Latin America has to have different skills than a CEO in other parts of the world, certainly not for young CEOs that are building the next generation of companies,” he considered. “For more traditional companies, the ‘political’ part of the role may be more important than in other parts of the world, but I don’t know for sure. I certainly believe that the CEO has to have different skills depending on the sector and the size of the company he or she is leading.”

Vélez also provided a few pieces of advice for up-and-coming entrepreneurs. His biggest tip: believe in yourself. He said, “If you have started a company and are already generating some revenues, you are well ahead of others. The successful CEOs of the world are not as different from you as you would think. I believe that every human endeavor is subject to improvement, and continually pursuing this improvement in one’s work is essential to be successful.”