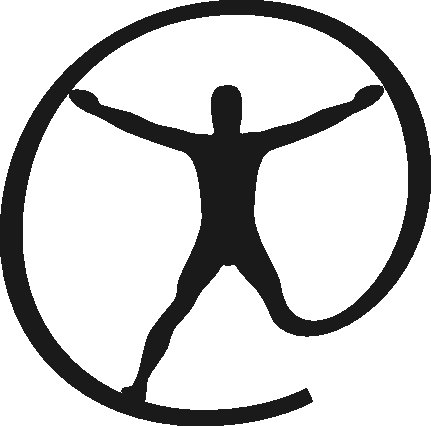 mxHero is dedicated to a problem most of us face – we’re up to our ears in e-mail. A sort of App Store for e-mail, its platform boasts an extensive catalog of apps that rest on top of major systems for the improved use, management and analysis of e-mail. Its products can be used to block attachments, append footers, limit recipients, track response times and even automatically destroy e-mails once they’ve been read. 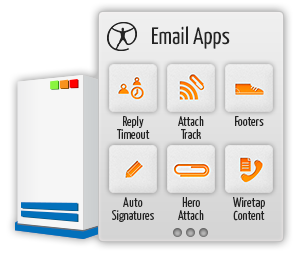 Currently, the majority of mxHero’s catalog is composed of apps the startup has created itself. But it won’t remain that way for long. Alex Panagides, the CEO of mxHero, explained, “Like the iPhone and Android when they first came out, they couldn’t release the devices without any apps, they had to precede things with their own apps. That’s the phase that we’re in right now. This is a platform for third-party developers, and that’s where we’re going.”

mxHero is off to a strong start. It already serves 90,000 users on Google Apps Marketplace and more than 350,000 users worldwide.

The mxHero founding team hails from Latin America. Panagides was born in Rio de Janeiro and has resided in the country for a total of 22 years throughout his life. He started his own technology company, Inova Tecnologias, in Brazil in the 1990s, which he ran for 17 years.

Though Panagides has undertaken his second startup in the United States, he and his team have by no means left behind their Latin roots. mxHero has strong connections in Miami, where it’s presented to investors twice and is also involved in the LAB. More importantly, the company’s development division is based in Latin America, with one team member based in Brazil and six, including company CTO Marcelo Mármol, located in Argentina.

mxHero’s leadership and sales division work out of Silicon Valley, something they consider vital given the global nature of their product. Panagides noted, “mxHero isn’t the ‘Facebook of Brazil’ – it isn’t a copycat site. This is a completely new technology, a global strategy, innovation. We need to be in Silicon Valley.”

That said, keeping part of the company out of Silicon Valley gives mxHero a significant advantage. “If my whole company was here, I would have to compete for engineers with the Googles and the Facebooks in the area. In having developers in Latin America, we don’t have to do that, we’re saved that. Here in Silicon Valley, I have what I need access to, which is partners and strategic clients. We’re part of the ecosystem here, so we get the good part and avoid the bad part, which is competing for technical resources,” he explained. 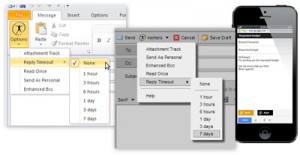 mxHero taps into top-quality talent in Brazil and Latin America, also benefitting from well-aligned time zones with the United States. And because the company’s founders are Latin Americans themselves, any potential for cultural or linguistic barriers becomes obsolete.

Panagides said that the cross-equator identity of mxHero has also been a positive in getting investors on board, “The fact that we have engineering in Brazil and Argentina was not a negative at all. In fact, Argentina and Brazil are up-and-coming with regards to technical resources, so investors saw that as a smart and savvy move.”

Greener Grass in the U.S.

“There’s no better place to build a tech company than in the U.S.,” Panagides declared. Having previously started and run a business in Brazil, he is well aware of the challenges faced by entrepreneurs there, where “you succeed in spite of Brazil, in spite of the government.”

The U.S. has a mature ecosystem of universities, research entities, investors, accelerators and labs that pave the way for entrepreneurs to build something big. The legal framework in the country has also been laid out in a way that is favorable and clear-cut for businesses.

Panagides pointed to a specific issue – interest rates – that sets the United States apart from Latin America, especially in garnering investments. Interest rates in Latin America can be very high, meaning that putting money into a bank is going to compete with returns one gets from a startup. “You’re not going to get a lot of investment in a place where you have high interest rates.”

Accelerators the Key to Getting In

The United States is more fruitful terrain for business – but first, startups have got to get a foot in the door. For Latin American founders lacking a network in Silicon Valley and the U.S., Panagides pointed out the value of accelerators in getting connected. mxHero got its start at Entrepreneurs Roundtable Accelerator, based in New York City. In fact, ERA helped mxHero to garner the initial US$375,000 of its seed round.

“For Latin American startups, I would start there, with an accelerator as a first step. If you come in and you don’t have any connections, you don’t have a network, it will be difficult, especially if you’re looking for capital,” he remarked. Accelerators are curators for VCs and investors, and they’re vital in pointing startups, especially those from abroad, in the right direction.

“When we came into the accelerator, we gained a network,” he concluded. And an apparently good one at that.