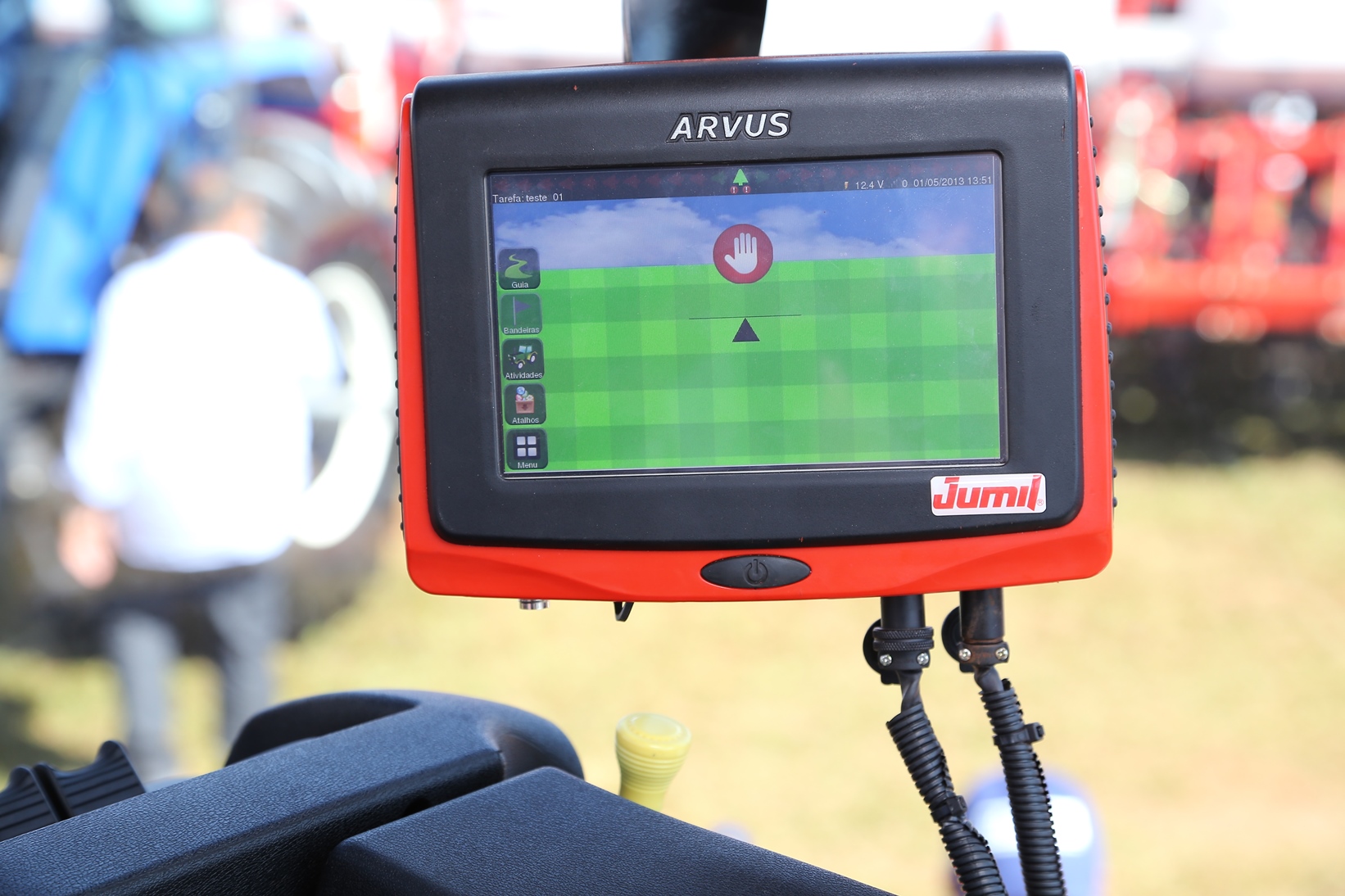 Farming is transforming. New technologies are changing the agriculture industry at a fast clip, with innovative tools and solutions being designed each and every day.

Precision agriculture, a farming concept of observing and responding to intra-field variations, is one of the major transformative trends in farming today. It entails whole farm management, based on a set of techniques and technologies dedicated to optimizing returns on input, increasing productivity and preserving resources.

Arvus is one of the many world entities dedicated to innovating through precision agriculture. Based in Brazil, the company provides farmers a set of hardware-based tools and solutions to improve farm management for agricultural operations large and small. A major success in Brazil, Arvus is now taking its products to the United States, exhibiting this week at InfoAg 2013 in Springfield, Illinois.

Arvus was founded in 2004 by Gustavo Raposo, Bernardo de Castro and Adriano Correa. The concept was originally conceived to meet the needs of the Brazilian market only – something that has since evolved.

The company took off fast, receiving support from entities like Sebrae and the Federal University of Santa Catarina. It passed through Florianópolis incubator MIDI Tecnológico, and in 2005, began developing a precision fertilization system with automated machinery and support software for the planning and control of fertilizer stock. In 2006, Arvus initiated the process of commercial partnerships in Brazil’s agricultural market. It has received backing from Criatec.

Arvus has garnered its fair share of attention abroad and at home. It was one of three companies chosen to represent Brazil at the fourth infoDev Global Forum in 2011. In September 2012, Arvus made an appearance on the annual list of Brazil’s fastest-growing SMEs published by Deloitte and Exame. It ranked third in technology and 18th overall.

Currently, Arvus has more than 1,000 clients in grains markets and works with the top 10 cellulose players in Brazil. Its solutions are utilized by agricultural entities in rice, soy, corn and cotton products, among others.

As mentioned, Arvus is in the process of attacking the international market – namely, the United States. This week, it is kicking off its expansion at InfoAg 2013, where it is one of the exhibitors. Gustavo Raposo, Director of Arvus, filled us in on the details of Arvus’ expansion.

Emily Stewart: What has your experience been in internationalizing thus far?

Gustavo Raposo: We achieved international prominence during the fourth edition of the infoDev Global Forum. It connects the world community of technology parks and incubators, and opportunities arose in early trading with countries in Europe and in Central and South America. We also took advantage of a road show for investors to attract internationalization strategy support. Now, we have strong partnerships in Latin America, meaning in neighboring countries, and we are starting to look at the United States and Eastern Europe.

GR: Being the only national manufacturer of equipment of this nature, Arvus stands out in the forestry industry, even at a global level, through the development of innovative and high level projects. The world has space to another big player. Right now, there are just two or three American players that are also spread out overseas. We believe that there is a place for our product.

ES: How have you had to adjust your products and services to go abroad?

GR: Developed markets are harder to enter, since the players are more established. However, they are easier to sell, because the customer knows the product and its benefits. We at Arvus have developed our own technology, so it is easy to adapt the portfolio to different customers. We’re ready to go.

ES: How do you deal with small farmers as opposed to corporations?

ES: In the global farming industry today, is it possible for the small guy to stay in the fight? How does technology play in this?

GR: This is a tough topic. We believe that a competent player, big or small, can run a farm business. Technology is just a catalyst to the process – the more the farmer uses, more efficient he becomes.