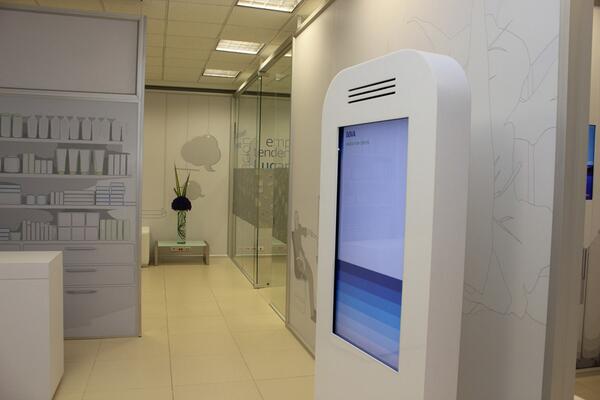 Oscar Cabrera Izquierdo, President of BBVA Colombia, formally inaugurated the BBVA Colombia Innovation Center this week in the heart of Bogota’s financial district. He expressed hopes for the space to become a gathering place for Colombia’s innovative class and a reference point for the flow of innovation.

This is the first BBVA venture of its kind in Latin America. The group has invested US$520 in the center, which will be available to clients, universities and entrepreneurs.

The BBVA Colombia Innovation Center is a pioneer in the country’s financial system, a place where visitors can experience first-hand the technologies developed by BBVA. It will house new ATM Abil, a Spanish product that facilitates interaction between users and banks, as well as prototypes of banking correspondent machines and mobile apps in two small labs.

Oscar Hormigos, Founder of Spain-born initiative The App Date, discussed the pertinence of innovation centers such as this. Innovation is often referred to in abstract terms, and while intentions are good, it’s not much more than that. Spaces like the BBVA Innovation Center house real innovation and concrete development, for example, in the creation of apps:

When we talk about thinking differently and the opportunities available in the current day, applications become something that make innovation something real – something we have in our pockets, something we’ve all got.

Hormigos also touched on the omni-channel nature of apps, which can be on any device at any time. He highlighted investments in countries like the United States being made in apps that can be utilized on computers, mobile devices and televisions:

It’s important that we don’t associate apps with the mobile realm only – they’re multichannel. In the BBVA Innovation Center, we’re dealing with anything that produces a change, that innovates.

Lastly, he discussed how apps tie into other sectors – clothing and apparel, payment systems, collaborative projects, crowdsourcing and smart cities. We are living in a world of opportunities to make innovation real.