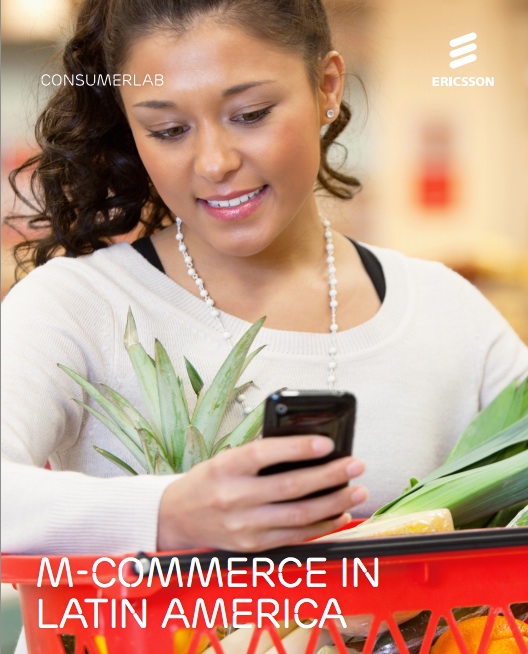 According to a recent Ericsson ConsumerLab report, M-Commerce in Latin America, 74% of Latin Americans who are not using m-commerce today are interested in starting to use at least one m-commerce service on their mobile phone.

According to the Ericsson report, 66% of those not currently using m-commerce are interested in mobile banking, and 42% in mobile wallets. This data emerges from a regional context in which 61% of the population is unbanked, 48% of the workforce is informally employed, and the preferred payment method is cash.

Greater use of m-commerce solutions will bring benefits to both the banked and unbanked. Payments, shopping and money transfers can be made instantly, and there is no need to carry large sums of cash or queue at banks.

He outlined the main obstacles towards increased use of mobile commerce in Latin America, among them low levels of confidence, perceived low network performance and a general lack of awareness. Regulation, education and continued network investments are essential in earning consumers’ trust.

Overall, Latin Americans view banks as the preferred provider of m-commerce services, due in large part to a perception that such entities provide high levels of security – a main concern expressed by consumers.

In Colombia, 63% of consumers prefer banks for m-commerce, as do 56% of Chileans, 51% of Mexicans, 50% of Brazilians and 43% of Argentines. With the exception of Colombia, bank credit card providers are the second most preferred providers, followed by mobile network brands and carriers, mobile handset brands and large retail stores.

Latin America’s consumer market is booming. The countries included in the report – Argentina, Brazil, Chile, Colombia and Mexico – reached an average annual GDP growth rate of 3.5%in 2012. What’s more, the number of individuals who belong to the middle and upper classes in the region doubled from 1995 to 2010.

M-commerce is one of many sectors experiencing the effects of these changes.