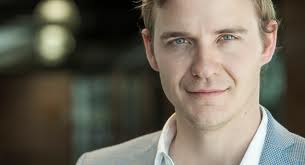 Kay Kuehne, Director of Airbnb in Spain and Latin America, stepped onstage at Red Innova Buenos Aires to reveal the details of his company’s secret to success: collaborative consumption.

The economy of sharing is the base of products similar to that of Airbnb, which recently published a report revealing that those who use similar sites to exhibit their products and services online do so to generate extra income (31%). However, 36% indicate that there is also a philosophical element behind their reasoning – an impulse to connect, belong to a group. Kuehne highlighted this in his speech.

He also took advantage of his Red Innova appearance to formally announce an Airbnb neighborhood guide specific to Buenos Aires. Argentina’s capital city joins a network of 192 countries, 40,000 cities, 350,000 properties and more than four million travelers (three million of which registered in the last year alone).

In an interview with PulsoSocial, Kuehne discussed business prospects in Latin America.

Clarisa Herrera: How is regional expansion being managed?

Kay Kuehne: We don’t have offices in every city in which we have a presence; in fact, we have 13 offices around the world. In the case of Latin America, we have an office in São Paulo, and from there we cover the entire continent. We just launched a media tour in Mexico, Colombia and Argentina.

CH: Have you found it challenging to homogenize certain aspects for the business that differentiate across distinct countries in the region?

KK: With our local launches, what we try to do is to adapt the product to the context. We have to set out different payment methods, currencies, and guarantees for hosts (who publish accommodations), which takes place with local insurance companies. It’s a task that requires significant negotiation work in each city, but it’s necessary.

CH: One expects that a certain type of traveler and host use the platform. Is that the case?

KK: The behavior of each traveler or host depends on internet penetration in each country. We have a wide range of hosts, from 20-year-olds students who rent their rooms to cut costs, to 60-year-old widows or widowers who rent their homes to fill the empty space. In general, we try to create a product that’s friendly in every country and at all ages, because everyone can benefit from temporary rentals.

CH: One notable aspect of the businesses is the set of “rare” accommodations available. During the presentation, you also mentioned that Airbnb also tries to offer options away from traditional touristic centers.

KK: There are many different traveler profiles. Before, people only traveled to following the established touristic rout – there was nothing to discover beyond that. Today, there is a group of travelers wanting to go beyond the norm, and we offer them a way to find corners, spots and accommodations outside of the traditional circuit. (Note: In his presentation, Kuehne discussed Airbnb’s most popular accommodation – a tree house, like this – that has been rented so much the host has managed to pay off his mortgage with the income generated. The giraffe house, in Kenya, has also proven a popular, albeit unusual, spot.)

CH: What’s your focus in the medium term?

KK: We are going to concentrate significantly on Brazil, because it’s the largest domestic market (for international tourism, it’s Mexico). The Olympics and World Cup are on the way, so we expect a lot of movement. We’re working with the government of Rio de Janeiro, because they are aware that they don’t have enough space for the incoming demand, even though they’re building hotels. We’re convinced that we can meet the demand they’ll have.