Buenos Aires is the home of a substantial community of expats, many of whom decide to go the entrepreneurial route and build local or global startups of their own. Such is the case of Anish Patel, Founder of web video production company Revolution Productions.

Patel moved to Buenos Aires in 2008 looking for a change of pace. After working in investment banking in the U.K., his home country, he found himself lacking passion in his current industry and decided to go in a different direction. 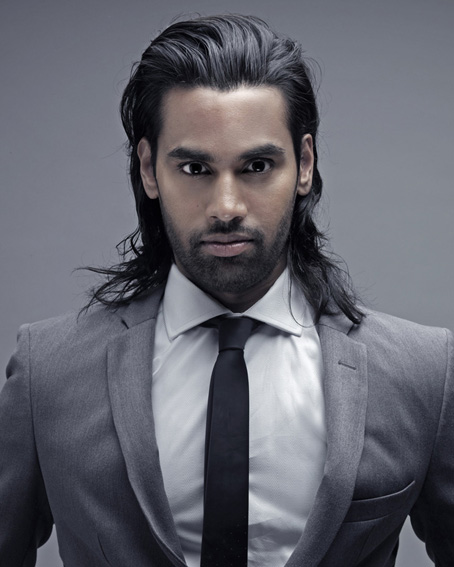 Having always been interested in online video, Patel decided to try his hand in the arena. One of the first projects he picked up was with an online television channel, filming night clubs and parties. Having first-hand experience in the video production process under his belt, he decided to go at it with his own endeavor – and with that, Revolution Productions was born.

Revolution Productions started out largely focused on live action. However, after doing some research, the startup shifted its focus to videos created for businesses.

Today, its work is largely concentrated on producing 60-90 second explanatory videos for businesses to outline their products and services. “It’s storytelling, not just a promotional ad or sales ad. In that way, you can educate your viewers,” Patel explained.

Starting out with just Patel and a part-time editor, Revolution Productions has since grown to a 10-person studio working on five to 10 projects a month. “Revolution Productions has had over 400 clients from various industries – fashion, technology, software, medical, legal, manufacturing, tech startups, automobile, etc.,” Patel outlined. “We’re predominantly focused on clients from a tech and software background. They’re the ones that need our offering most.”

The company caters to clients from all over the world, though most of them are based in English-speaking markets like the United States and the United Kingdom.

The Ups and Downs of Building a Business in B.A.

Revolution Productions is registered in the United Kingdom. However, the majority of its operations take place in Argentina. Patel admitted that there are both upsides and downsides involved in working out of Buenos Aires.

He commended the talent level of designers and producers in Argentina. Of course, local talent is more economic; however, that’s not where the most value comes from.

Patel elaborated, “I think it’s more about what we do. We’re creatives, we do artistic work like design and animation. You just can’t beat the talent in Buenos Aires. There’s a huge film production culture.” He added, “I only realized this when I arrived. That’s how this whole business came about.”

He did point out that, while capable, local talent may not always be professional or completely reliable. “Once you find the right people, you can build a good team,” he noted.

The general business climate in Argentina is also difficult to maneuver, as Patel remarked, “The law can be hard towards businesses.” For example, in order for Revolution to film, they must deal with local unions in a process that can prove very expensive and involve a lot of red tape.

A Look at the Evolution of Video Online

Though Revolution Production largely operates locally, it produces internationally. And the online video market is evolving fast. We asked Patel for his take on the industry.

“Online video has been around for a while. A lot of websites had video, but they were basically talking heads. A lot of corporates would have their CEO talking, which was very boring and static. It’s uninteresting to tell a story like that,” Patel said.

The market then evolved slightly, with more promotional videos featuring graphics and photos. Now, it’s moved in a new direction – explanatory videos, which is what Revolution does. Patel clarified, “They’re short, snappy explanatory videos that are more information-based than promotion-based.”

As online video has matured and evolved, some of Revolution’s work has come to involve client education. While about half of the company’s clients approach them with a clear idea in mind, the other half require some handholding, Revolution explaining the concept, examining the business and giving recommendations.

As part of its growth, Revolution will start to shift back into Europe, at least in part. Out of Buenos Aires, the startup has grown to cater to companies from all over the globe, a demonstration of the potential and quality of endeavors operating out of Latin America.