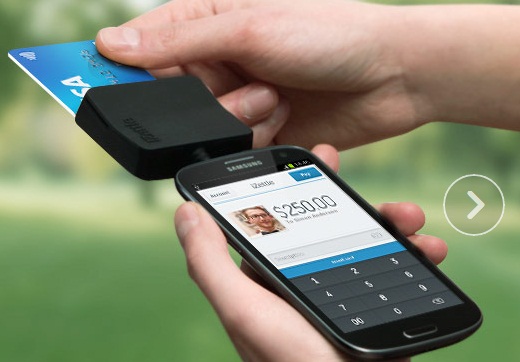 The competition in Mexico’s mobile payment market is heating up. The latest player to toss its hat into the ring is iZettle, a.k.a. the European Square.

The Sweden-born company launched operations in Mexico this week, marking its first landing in a market outside of Europe. It will roll out a brand new mini chip and magstripe card reader for the Mexican market, compatible with both iOS and Android. Its objective: To delivery mobile capabilities to both businesses and individuals alike.

iZettle’s announcement hasn’t exactly come out of the blue. Not long ago, the company landed a US$6.6 million investment from Europe’s Banco Santander, indicating that global expansion was on the horizon as part of a strategy-based deal. “We want to bring iZettle to the world, and to do that we must have strategic partnerships with the world’s leading banks,” iZettle CEO Jacob De Geer told TechCrunch at the time.

Now that iZettle has revealed its plans for Mexico, it’s clear that Santander will prove a key player in its expansion, distributing the smartphone devices throughout its local branches. In fact, De Geer plainly stated to the Wall Street Journal that iZettle would never have gone into Mexico alone.

iZettle estimates that there are 125 million cards in Mexico, 95% of which are chip-enabled. Because the country is based on a chip-and-sign system (as opposed to chip-and-PIN), iZettle’s Mexican devices will accept magnetic stripe and chip-and-sign cards.

Merchants can set up the iZettle Mexico system in just minutes and pay relatively low fees for use. They will be charged a 3.75% fee for payments using chip cards and 4.75% for magnetic stripe cards. In Europe, fees are generally set at 2.75%. Higher fees in Mexico are a result of higher costs overall.

Mexico may be iZettle’s first non-European stop, but there’s no way it will be the last. De Geer pointed out that his company’s partnership with Santander is a strategic one. And as iZettle has leaned on its investor through its Mexican roll-out, it will do the same in other locales as well. Possible landing pads? Try Brazil, Argentina, Chile and Peru.

iZettle Not Alone in Mexico or LatAm

As mentioned, the competition is tough when it comes to mobile payments in Mexico and Latin America overall.

Just a few weeks ago, Clip revealed a US$1.5 million funding deal to build a Square-like system for the Spanish speaking market, starting with Mexico. And with all of these companies created in the mold of Square, we can’t exactly forget about Square itself.

There are also smaller players in the mix that can’t be overlooked. While they are perhaps less funded (Square’s brought in millions upon millions of dollars in investments, making iZettle’s funding look like pocket change in comparison), they also know the local market and, therefore, can’t be counted out. Some examples: Brazil’s Zoop and Mexico’s Mobiliz.

Anish Patel of Revolution Productions: “You just can’t beat the talent in Buenos Aires”
Patricia Araque of Ellas 2.0: References for Women in Entrepreneurship are Lacking