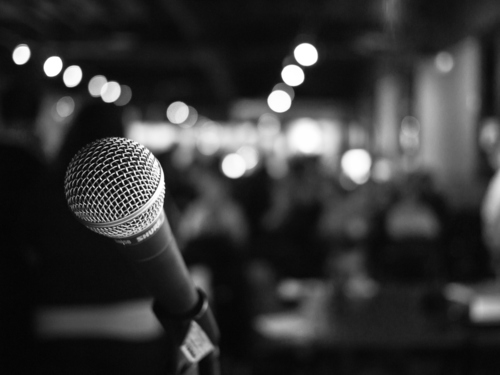 The pitch is one of the most important elements of the startup lifecycle. Entrepreneurs are faced with the challenge of outlining their projects’ impacts and value propositions within just a few minutes, knowing well that their performance could influence an investor’s funding decision, a media outlet’s coverage and the overall position of the startup in the market.

And all early-stage startups, regardless of the vertical they address (mobile, e-commerce, social media, tourism), must deal with a common reality: differentiating means developing highly creative techniques, even in very short periods of time.

What are the practices most commonly used to do so? Without a doubt, one of the most popular approaches is to refer to or compare one’s business model to other successful startups.

VisionMobile recently looked into the issue, proposing some interesting questions. What are the companies most often invoked in startup pitches? What businesses models and characteristics of the most famous startups are used in presentation dialogues?

The organization took a look at the online pitches of AngelList startups, which helped it to combine information and decipher patterns to learn how communications work for companies in their first few minutes of fame.

Among the 1,700 startups considered, VisionMobile identified 60 companies most often referred to in pitches. The top 10 represent 46% of all references and are the following: -It would seem “safe” to cite a company’s recipe for success as a benchmark or reference for one’s own business, but it’s important to consider whether that’s enough to make a project stand out. Here, the question of copycatting emerges, as does that of models built upon the original proposals of Facebook, LinkedIn or eBay. Can a successful disruptive model triumph in another context or market? Is it possible for a model to replicate the base of a successful idea with another target? Perhaps, but not if the objective is to make an innovative advancement in the industry. In other words, you won’t be memorable for replicating another model.

–Eighteen of the 20 most referenced startups are marketplaces or connective spaces: Open table (connecting restaurants and diners), LinkedIn (professionals and recruiters), etc. Within this scenario, the innovative value of startup proposals today lies in business models (what connecting with what, who buying from who, who needing something from who) – not in technology.

VisionMobile identified patterns among startups in communicating their value proposals through their pitches. Here are some of the most relevant:

Commonalities (similar but aimed at other industries or with differentiated characteristics)

-“We’re like TripAdvisor, but instead of hotel reviews, we deal with streets.”

-“What Open Table does with restaurants, we do with sports.”

But Better (we do that, but better)

– “We offer a better brand experience than Amazon.”

– “GetTaxi for Asia and the Middle East.”

– “Kickstarter for the Arab world.”

– “Match.com for the LGBT community.”