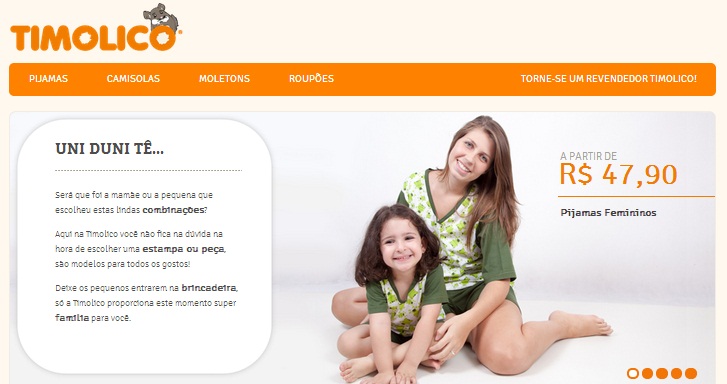 Some of the world’s best startups are those thought up by entrepreneurs in need of a solution to one of their own problems. Such is the case of Timolico, the brainchild of a new mother in search of clothing options for her kids.

Timolico is an on-demand e-commerce platform through which users can customize and buy products online. With the objective of “redefining the concept of exclusivity,” the Brazil-based startup is starting small but aiming big.

At the helm of the project is Fabiany Lima, the aforementioned new mother who, after giving birth to twins, found herself dissatisfied with the options for purchasing outfits online – and without the time to go the traditional shopping route. Lima explained, “Timolico started from a real need, lack of time, and no variety in stores. Those things motivated us to create a new and different way to buy online.”

Lima didn’t go the online route at first, however. She actually began to make clothing herself, and as friends and family showed increase interest in what she was doing, she realized the business opportunity at hand.

“People liked the pieces and started to request them. As I had worked in the internet market, I had an idea of what was involved in building a business online,” remarked Roberto Klein, Lima’s Timolico co-founder. “Before long, we had not only a site, but also a whole prospect for growth. We developed the platform, and now we’re maturing the business model to receive investment.” 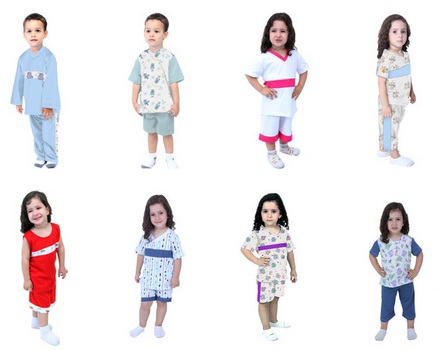 Currently, Timolico’s focus is on the family, offering pajamas and leisurewear for parents, babies and children. Appealing to women, especially mothers, the platform will soon expand its product line to include items such as bottles and maternity kits, among others. Lima did point out that the platform has been created with a larger long-term scope. “We created a platform to offer the buyer the possibility to customize any product,” she pointed out.

Since its launch, Timolico has shipped over 500 pieces to consumers, including pajamas and hoodies. It has garnered a strong following on social media (over 55,000 Facebook likes) and is expected to reach US$700,000 (R$1.5 million) in sales this year.

Manufacturers an Essetial Piece of the Puzzle

The startup currently offers numerous combinations of pajamas and leisurewear pieces – a feat that requires significant effort in manufacturing, shipping and design. The members of the Timolico team developed the entire platform themselves, meaning that they can alter and expand it as quickly and as often as they want. Lima elaborated, “We add value to user experience, centralizing product options and customization in the same place. At the same time, we offer a new sales channel for our suppliers to utilize their idle structural capacity.”

Timolico’s production process is outsourced to manufacturers – a process that hasn’t been easy. Lima remarked, “Logistically, the challenge was with the manufacturers. This is such a new concept, and they don’t have a lot of knowledge of online business.” Getting them on board, however, has been key. Lima explained, “The manufacturers provide the designs. They already know the market; they have the experience and know fashion. They are our partners from the beginning.” 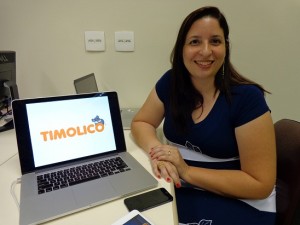 Timolico has also leaned on São Paulo accelerator Aceleratech to increase its presence in the market, having recently completed the organization’s inaugural program. Aceleratech has helped the Timolico team to accelerate the platform’s growth and make essential decisions regarding structure and business model. “They were able to expand our business vision, allowing us to see the true potential of our idea,” Lima added.

Moving ahead, the startup will continue on its path of growth. Soon, it will attack new niches – namely, the corporate market, with items like uniforms and gifts. If all goes well, it will eventually expand to home appliances, sporting equipment, backpacks and bags.

Lima concluded, “The platform has grown so much, and we are now a B2B company, too. It’s a great market for our idea.”