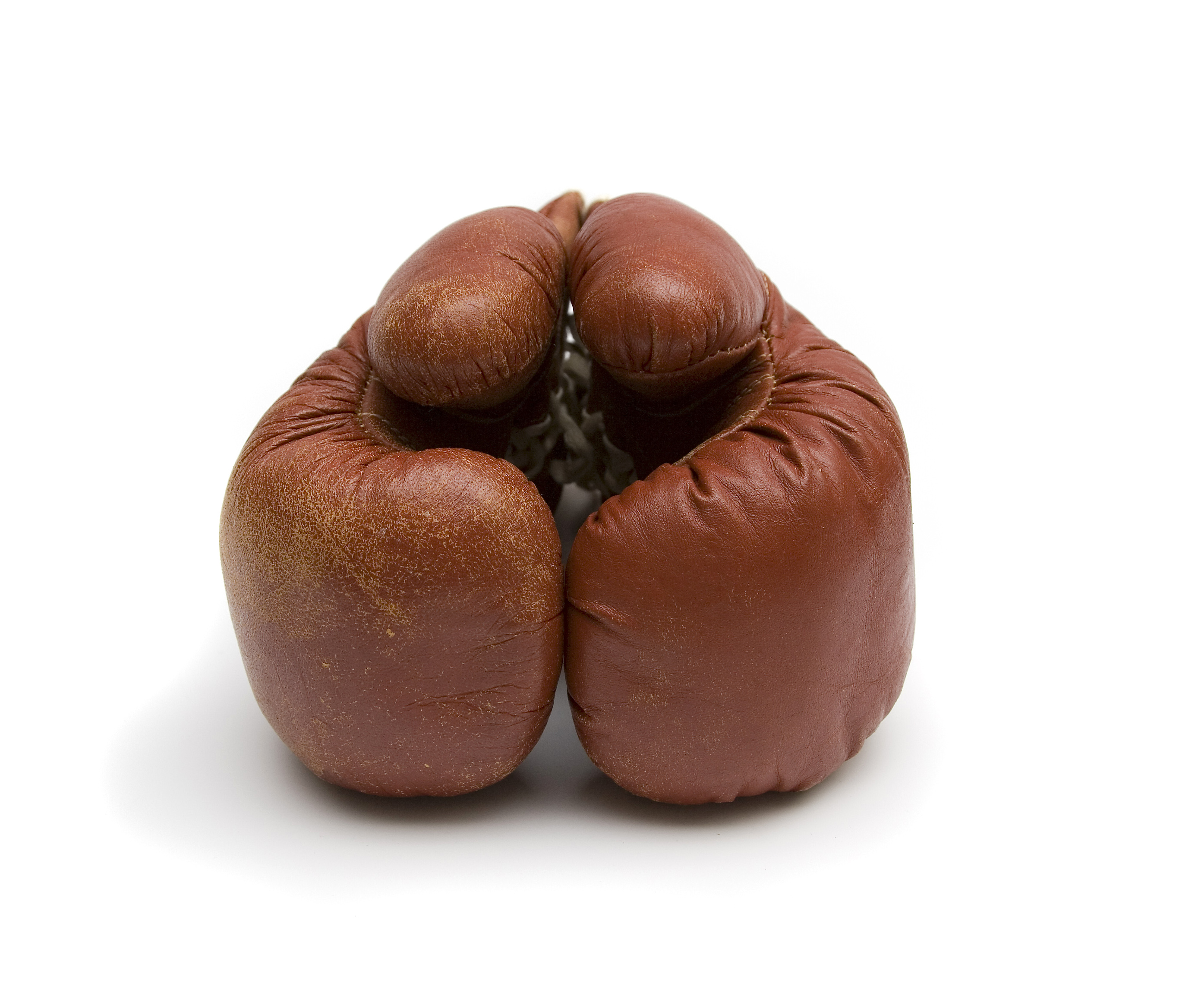 Back in May, the Silicon Valley startup community got a bit of a shakeup when 1-800 CONTACTS, a giant in the contact lens biz, went after eyewear e-commerce startup DITTO with a patent suit. The claim: DITTO was infringing on a patent purchased by 1-800 CONTACTS with its 3D virtual try-on technology for glasses.

And with that, the battle ensued.

DITTO put out a press release revealing the details of the suit. In April 2012, the CEO of 1-800 CONTACTS tested out DITTO’s virtual fitting technology. A month later, 1-800 CONTACTS initiated action to acquire rights to the patent (US 7016824, originally filed by Geometrix Incorporated) they’re now using in the case. And though DITTO has filed patents, the granting process takes years – so the purchased patent, time-wise, trumps theirs.

DITTO argues that 1-800 CONTACTS is using the patent lawsuit to, essentially, kill its competitors, knowing well that the startup likely cannot afford to fight back given the hefty legal fees entailed. And while DITTO has stopped short of accusing 1-800 CONTACTS of patent trolling, it has pointed towards the company’s history of filing trademark and patent infringements suits against competitors in the past.

“Prior to 1-800-CONTACTS taking this aggressive stance, we just viewed them as competitors online,” explained Kate Endress, CEO of DITTO. “But since this has come up, we have been scrambling, because a lawsuit of this nature is extraordinarily expensive. We did our homework before we filed our patents, and we evaluated that none of the patents that existed infringed on what we were doing. We still feel that our patent does not infringe, but the reality is, even to win an infringement suit can take millions of dollars and millions of years, and for a startup, it’s nearly impossible.”

DITTO has enlisted the support of the Electronic Frontier Foundation (EFF) to help it fight the case and is currently in search of prior art. It has also launched an Indiegogo campaign to help cover its legal fees.

Nevertheless, the company is already suffering the consequences of the suit. Its marketing budget has virtually disappeared, all of its finances going towards legal. What’s more, DITTO has had to lay off three engineers.

At first, 1-800 CONTACTS remained largely silent on the DITTO issue. However, it has since released a statement on the suit.

Essentially, 1-800 CONTACTS says that it is all for competition and putting the consumer first, pointing to its participation advocacy groups for consumer-friendly legislation. However, it also says it started working on a virtual try-on system for Glasses.com “long before DITTO was founded as a company.”

Members of the 1-800 CONTACTS did check out DITTO’s technology when it launched, the statement explaining, “Viewing competing products that are on the market is not unusual, and is in fact a responsible business practice.”

The patent purchased by 1-800 CONTACTS purchased in 2012 is entitled Interactive try-on platform for eyeglasses. It was filed in 2001 and granted in 2006. The statement reads, “1-800 CONTACTS purchased this patent for a reason – the patent covered what the business was doing so the patent either needed to be licensed or purchased. Ditto could have licensed or purchased the same patent, but chose to ignore it and launched their website with an infringing virtual try-on feature anyway.”

1-800 CONTACTS criticized DITTO for its online offensive and pointed out some omissions regarding the involvement of the EFF. Apparently, three members of the advisory board at the EFF work for Durie Tangri – the law firm representing DITTO in the case.

The statement concludes with the announcement that 1-800 CONTACTS plans to launch its virtual try-on technology soon.

We reached out to Chirag Shah, a patent expert currently at the helm of patent consulting company PatentVantage, to get some insight into the situation and its implications.

We first asked Shah to address the case at hand. Is 1-800 CONTACTS acting as a troll? In a word, no. He elaborated:

1-800 CONTACTS acted in the best strategic and competitive interest. The acquisition and licensing of a patent is a routine course of business for many technology-driven companies. IBM, Google, Abbott Labs and many other enterprises often realize during their research and development process that a “blocking” patent or a solution to their business process already exists. Hence, companies will strategically decide whether to license, acquire or invent around the targeted invention at issue.

DITTO may have been unaware of the patent, or it may really, as Endress said, have believed that its technology did not infringe. But the fact remains that DITTO could have taken out a license on the patent purchased by 1-800 CONTACTS, thus blocking its competitor entirely.

In sum, DITTO appears to have missed the opportunity to engage the original patent holder by apparently failing to conduct a comprehensive due diligence study. On the other hand, it appears that 1-800 CONTACTS simply executed a sound business strategy to gain a competitive edge in this market.

What it Means for Startups

Whether DITTO was unaware of the patent or believed its technology did not apply, its situation is an important lesson for startups.

Many startups are so focused on R&D, staffing and marketing that they don’t allocate sufficient funds or strategy to one of their most valuable assets – intellectual property. They fail to do the due diligence necessary, including freedom to operate and non-infringement reviews and novelty assessments.

Shah referred to the issue as a sort of David and Goliath situation:

The fact is that startups face many financial and strategic challenges, as these entrepreneurs are fueled by their passion to launch their companies and products as quickly as possible. Unfortunately, as a result, sufficient allocation of funds for a proper intellectual property strategy is often neglected. A sound patent strategy is just as important as an R&D and marketing strategy. Such a strategy is an investment in the future of the startup – an asset building cost that must be accounted for.

Startups must anticipate resistance and counter-strategy. They are often entering markets dominated by larger entities with enormous budgets and no desire to give up any of their market shares.

The law isn’t exactly on the side of the little guy either, thanks to the American Invents Act (AIA), which came into effect in March. Now, the United States now is a first to file system, meaning the first entity to file for a patent will be considered the first to file inventor. Shah noted:

Inventors who have reason to believe that the first to file inventors derived the invention from them have legal recourse under the new system, but the cost of hiring an attorney is costly and will create additional hurdles for startups seeking venture funding or wishing to commercialize their invention.

In other words, whether or not 1-800 CONTACTS stole the concept from DITTO may not matter given the obstacles involved.

And Patents in Latin America?

A patent is only enforceable within the geographic boundaries of the country in which it was granted, so there are no global patents. For Latin American startups, this means that you only have to worry about what you’re doing in your country – not anywhere else.

That said, you’ve got to be prepared if you plan to go to other markets. Tech companies looking to sell and market their products in the U.S., Japan, China, Europe, etc. must consider a comprehensive patent strategy long before deployment and investment.

Latin American entrepreneurs are advised to do their homework on the TRIPS agreement, an international treaty to determine standards for intellectual property protection, enforcement and regulation.

Shah specified the situation of business method and software patents (the 1-800 CONTACTS patent could be considered as such) in the region:

The 1-800 CONTACTS vs. DITTO case is certainly a gripping one, but the scope of the people affected by it is small. However, it does highlight an extremely important – and often overlooked – issue in the tech startup world: patents.

Shah summed it up:

Ditto’s predicament is unfortunate, but is a great example of why technology companies must take their patent strategy seriously. A sound patent strategy is critical for competitive positioning of a technology-focused startup. Further, conducting a due diligence strategy is imperative when seeking private equity capital or becoming an attractive acquisition candidate. Patents are a valuable asset that must be seen as an investment and not an expense. Failing to do so may cost the company more than just money.