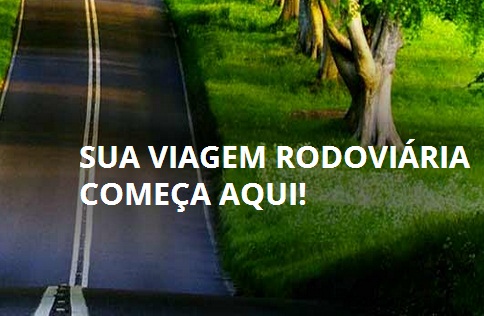 Brasil by Bus helps travelers get around Brazil, as its name suggests, by bus.

Founded in 2012, Brasil by Bus a web portal that allows local and foreign travelers to book bus tickets for upwards of 3,000 destinations from 30 different bus companies. Tickets may be purchased directly on the platform or from authorized affiliates.

In Brazil, buses remain one of the principal forms of transportation. “Despite the enormous growth of the flight ticketing market in Brazil, bus travel is still the main intercity and interstate transportation method in the country,” explained Breno Moraes, Founder and CEO of Brasil by Bus. “However, the more than 200 bus companies in the country are mostly still managed by families, and only a few have been able to invest in IT and modernize their infrastructure to adapt their booking processes for the internet.”

Thus, Brasil by Bus has created a centralized system through which travelers can compare prices and schedules from several companies and book bus travel accordingly. For local tourists, the portal is an effective time saver that streamlines the travel planning process in a straight-forward, easy-to-access way.

And for the more than five million foreigners who travel to Brazil each year, Brasil by Bus has an even greater value. It is the only option for travelers from abroad to purchase bus tickets online, as most of the country’s bus companies require those from outside of Brazil to book tickets in person. Looking ahead to a likely influx of foreign tourism with the World Cup and Olympic Games, the solution proposed by Brasil by Bus becomes even more prevalent.

“Brasil by Bus has arrived to assist in the modernization of the Brazilian bus travel market and to make life easier for the millions of people who travel by bus across the country every year,” Moraes remarked.

The Brasil by Bus business model is quite straightforward. The startup earns commissions from bus companies for each ticket sold directly through its portal, and it also charges a small transaction fee. The same goes for sales made through partners and affiliates, but in such cases, partnering entities receive commissions as well.

Its portal up and running for about five months, Brasil by Bus has sold more than 6,000 tickets and received over 200,000 visits.

The Brasil by Bus concept has been well received by the country’s travel market. “It’s a new opportunity for travel agencies in Brazil and abroad to support their customers by providing different options of transportation around the country. It´s also an opportunity to promote new destinations that can’t be reached by airplane and a chance to sell other services, like hotel reservations, activities, flight tickets and others,” Moraes elaborated.

Aceleratech selected the startup to form part of its first acceleration process, which came to an end in April. Moving ahead, Brasil by Bus will continue to lean on Aceleratech for support in growing and improving its business.

At the moment, the Brasil by Bus team is negotiating a round of funding to further develop the company. Its objective is to sell 300,000 tickets this year and move into new markets in 2014.