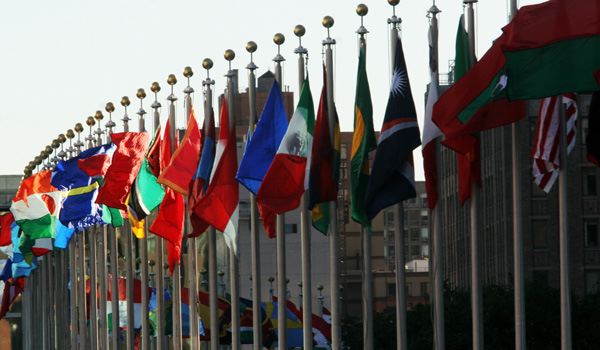 Chile comes in at number 30 in this year’s World Competitiveness Yearbook, developed by Switzerland’s Institute for Management Development (IMD). Though the country fell two spots from its previous ranking, it remains at the top in Latin America.

Chile’s Diario Financiero reports that Chile did especially well in the economic performance category, moving up four spots globally to number 21. The country also excelled in foreign investments, at position 10. In international trade, however, Chile didn’t fare as well, being ranked at 54.

In government efficiency, Chile moved up one spot to be listed at 16. The country made a big jump in public finance management from 9th position last year to 4th now. In business efficiency, Chile fell from 21st place to 30th – due in large part to a big decline in its rankings in the labor market (falling 22 spots) and business legislation (11 spots).

With respect to infrastructure, Chile descended from 42nd place in 2012 to the 46th spot in 2013. An influencing factor here seems to have been a lack of basic infrastructure as well as limited infrastructure for science.

In order to further advance in its ability to compete globally, Chile needs to make improvements in education, health and energy. The public-private breach needs to be reduced, and a reliable, diversified system must be implemented for energy.

In Latin America, Mexico registered the most progress in ascending five positions to be listed at 32, thanks in large part to improved fiscal policies and institutional framework. Peru and Colombia also crept up on the list, coming in at 43 and 48, respectively.

However, three Latin American countries experienced regressions in the ranking. Brazil fell from 46 to 51, Argentina from 55 to 59, and Venezuela from 59 to 60.

The World Competitiveness Yearbook is a critical indicator in the Latin American panorama. The report notes:

Latin America has been disappointing, with larger economies such as Chile, Brazil, Argentina and Venezuela all losing ground and being challenged by the emerging competitiveness of Asian nations.

The United States led this year’s ranking, its position credited to a rebounding financial sector, an abundance of technological innovation and successful companies. In Europe, the most competitive countries are Switzerland (2), Sweden (4) and Germany (9). And in Asia, China (21) and Japan (24) are becoming increasingly competitive.