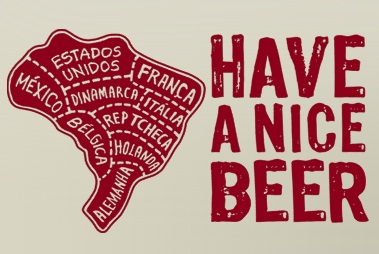 Have a Nice Beer was founded by Pedro Meneghetti, Rafael Borges and Rodrigo Sztelzer in May 2011 with the objective of tapping into the increasingly-prevalent beer drinking culture in Brazil. The startup ships premium beer kits to its over 7,000 club members each month and is expected to bring in US$2.5 million in revenues this year, doubling its 2012 sales.

With this deal, Have a Nice Beer will benefit from Wine’s logistical prowess and industry knowledge, thus having the tools to grow its user base. The startup will accelerate its growth and make improvements in importation, storage, customer service and logistics. This will help it to compete against similar enterprises, such as HFPX Participações startup Beercrew.

Brazil is among the world’s largest markets for beer, and nationally, the beer sector is the most competitive industry of all alcoholic drinks.

In 2011, the total volume of beer in Brazil increased by 4%. The Brazilian government has imposed a new 2% IPI (industrialized product tax) on beer this year – something that some believe will slow sales as consumer prices increase.

However, with the World Cup and Olympic Games on the horizon, Brazil’s beer industry is highly likely to benefit. Under pressure from FIFA, the Brazilian Senate has passed legislation allowing for the sale of beer at soccer stadiums during World Cup games – a highly unusual move in Brazilian soccer.

BNDES Banks on Brazil’s Creative Economy with US$4.3 Million Portomídia Investment
Argentina to Reach 9.8 Million Fixed and Mobile Connections by 2017