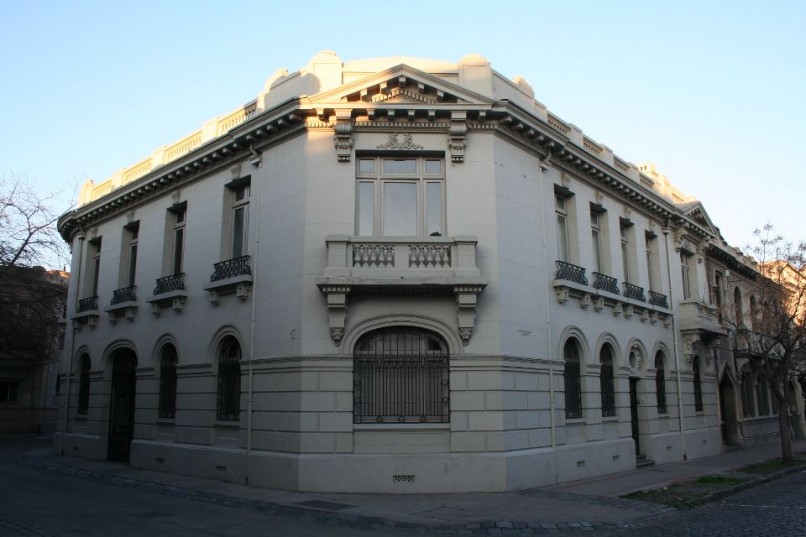 In Santiago’s Palacio Concha one can now find Exosphere, a new entrepreneurial center launching this week.

Located in Santiago’s Barrio Concha y Toro, Exosphere’s multicultural team is bringing to life one of the most interesting projects in Chile’s entrepreneurial ecosystem. Exosphere is not only a coworking space but also a complete ecosystem with a community, business accelerator and team of mentors to fortify entrepreneurs’ ideas.

The Exosphere team is composed of entrepreneurs who currently live in Chile but are not originally from the country. Skinner Layne, the center’s founder, is from the United States. Amit Sonawawe is from India, Antonio Manoo is from India, and Carlos Miceli is from Argentina.

Why Chile? Layne summed it up in an interview with El Mercurio, “I believe that this is the century of Latin America and that the Chilean scene is the region’s California.”

Layne hopes to reform education, merging it with entrepreneurship and empowering people to “to become independent, self-reliant, and achieve their full creative potential in life, doing the things that make them truly come alive.” He continued:

This is impossible without building an institution that builds genuine community that helps each of its members solve their problems in life, help them start new things, lift them up when they fall, and celebrate with them in success. Exosphere is that institution, and that is why I have dedicated more than a year of my life to bringing it into reality, and why I will dedicate the next 50 years of my life to continuing its mission.

Exosphere leased Palacio Concha just a couple of months ago, but work began long before. The center is 1,500 m², mixing French style with modern technology to foster an ideal space for entrepreneurs, creators and innovators to work and connect.

Exosphere is a place for anybody who wants to live a life of creativity and independence, whether they are already entrepreneurs or they have no idea where to start. Exosphere is the place for people to begin, to build and scale their projects in and with the help of the Exosphere community, and then give something back to help the next generation of people who have the same goals.

Entrepreneurs who wish to work in Exosphere can choose the monthly plan that best fits their needs – plans start at about US$100 per month – to gain access to desks, meeting rooms, bike parking spaces and all of the tea and coffee they want.

Exosphere will also host events, courses and workshops for entrepreneurs, rendering it much more than a co-working space. Layne explained:

We have the physical space for people to have a “home,” we have an experienced staff in starting businesses, developing technology, and creating artistic projects who can help Exosphere members, and most of all we have a genuine community of people who care about each other and are here for one another unconditionally through the struggles of entrepreneurship and life. We are a place for people to learn, create, and come alive.

Exosphere is the newest and most complete alternative for those looking for a place to develop their projects, joining other spaces such as Co-Work, Urban Station and the recently-inaugurated Conectas.

This Saturday, May 18th, Exosphere will open its doors at an Open House Party. Attendees will be able to experience Palacio Concha and get to know the space – which originated as a residence – and the team.

Stay up-to-speed with Exosphere news through its blog, and follow it at facebook.com/exospherical and @exospherical.

Trindade Investimentos Invests US$1 Million in Tienda Nube
Advice for Entrepreneurs via Endeavor: Curve Balls, Investor Interactions and Filling in the Cracks