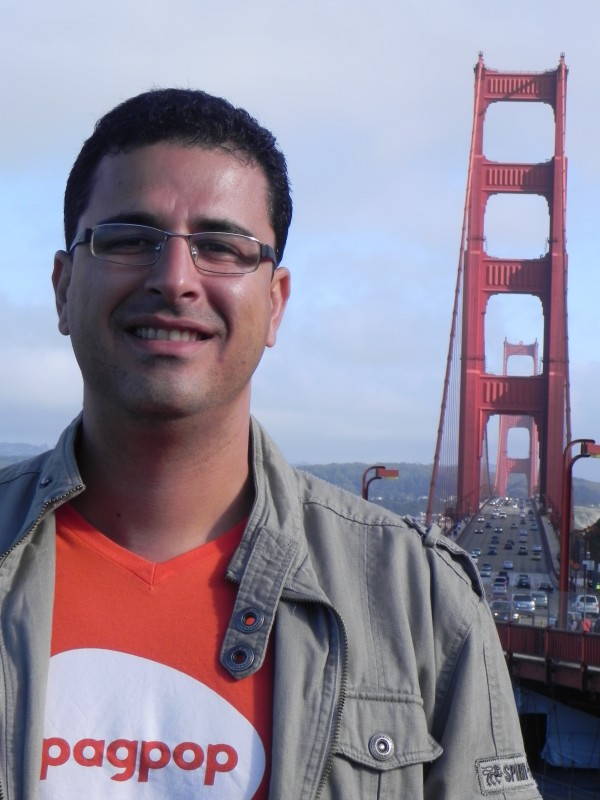 This past March, Harvard Business School hosted the fifteenth edition of the Latin American Conference, an annual event that brings together the region’s business and political leaders as well as the U.S. academic community. This year, over 25 Latin Americans were invited to speak, including Marcio Campos of PagPop.

Founded in 2006 and based in Brazil, PagPop is an e-payment platform that allows self-employed and liberal professionals to accept credit card payments via cell phones, smartphones, landlines or the internet. The company has been accelerated by 21212 Digital Accelerator and received funding from Intel Capital in October of last year.

Campos, who now acts as the CEO of PagPop, was selected to attend and speak at the XV Latin American Congress by Harvard MBA students seeking out disruptive entrepreneurs from the region. For Campos, this was a vote of confidence in his venture, “We knew that we were going in the right direction and becoming an important attraction in the market as a valuable player in Latin America.”

At the XV Latin American Conference, Campos participated in a panel on entrepreneurial opportunities and challenges. He was joined by Santiago Bilinkis (OfficeNet and Quasar Ventures), Luiz Gustavo Mariano (FLOW Executive Finders) and Matias Recchia (Vostu) in the discussion, which was led by Ramana Nanda, Associate Professor of Business Administration.

“The discussion was focused on Latin America’s fast growth and whether it is the right moment for MBA students to develop their own businesses in the region,” Campos explained. “The main points touched upon were the ecosystem for entrepreneurship in Latin America, how to keep top minds interested their work, and the relationship between startups, fundraising and investors.”

The event also featured keynote speeches from two of Latin America’s ex-presidents, Felipe Calderon of Mexico and Alejandro Toledo of Peru, who focused on the potential of their home nations within the greater regional scheme. Campos also pointed to the clout of two Brazilians invited to speak at the conference – Ana Maria Diniz, entrepreneur and investor, and Andre Esteves, CEO of BTG Pactual – who outlined their visions for the country and region. Discussion panels on infrastructure, investments, education and entrepreneurship were also held.

The XV Latin American Conference served to bring the Harvard Business School community into the discussion on opportunities and business in Latin America. For Campos, it was personally significant as well. He elaborated, “I said it then and I’ll say it again. Personally, it was so amazing and incredible that I sometimes have to ask myself if it was real. I had the opportunity speak to Harvard MBA students at Harvard Business School, and they were so interested in hearing my thoughts.”

Campos’ attendance also holds quite a bit of professional importance as well. He said, “We at PagPop know how important this event is for our company. It was a spontaneous invitation, and now we are getting more attention, demonstrating to the market our hard work. Events like these make it possible for Latin American entrepreneurs with different stories to find and develop space for their companies all over the world.”