Mobile first is becoming an increasingly prominent reality in the startup realm. One example: Guidecentral.

Guidecentral is a simple, fast, visual way to create, discover and share how-to guides and do it yourself projects. Available for iOS, users create guides using the in-app camera, adding text to each step along the way. They are then able to share their creations with members of the Guidecentral community as well others via Facebook, Twitter, Pinterest or e-mail.

Gaston Irigoyen, Israel San Jose Gonzalez and Francisco Miranda began working on the concept for Guidecentral near the beginning of 2012. Combining their experience in content, technology, app building and business, they joined forces to build Guidecentral.

Guidecentral officially launched six months ago, in the midst of its participation in the third edition of the NXTP Labs acceleration program, from which it graduated last year.

Guidecentral is an international startup in almost every aspect of the word.

Based in Ireland, the company boasts a team of professionals with Argentine, Spanish and Irish origins. It has focused on building a global product, rolling out its initial app in English and relying on its connections in Europe and the Americas for networking.

Gaston Irigoyen, who co-founded and now acts as the CEO of Guidecentral, exemplifies the company’s global nature. Originally from Argentina, Irigoyen relocated to Ireland, where he worked for tech giants Google and YouTube. This work, in fact, inspired much of the Guidecentral product. He explained, “At YouTube, I worked personally with a lot of content creators and producers, and I saw this as an opportunity to continue to help them in the mobile space.”

The Guidecentral team’s experience in app building didn’t hurt either. Its members were behind successful iPhone apps iChampions and iMundial, the first of which reached a top 10 ranking in the App Store and the second of which was acquired by KIA Motors.

Guidecentral has been conceived primarily as a mobile app – something Irigoyen described as a “completely different way” to build a business. 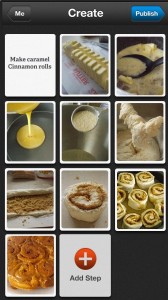 He highlighted the issue of distribution – getting users to download and keep an app on their smartphones instead of just visiting a website. “When you engage users and they keep an app for a long time, the life and value that they bring to your company is much bigger,” he said.

In building mobile-only products, special attention must be paid to the simplicity of sign-up and interaction and touch capabilities as well. With Guidecentral, for example, users have to be able to do everything – take pictures, create content, etc. – quickly and easily using just their mobile phones.

Since its launch at the end of 2012, Guidecentral has garnered thousands of active users and grows on a monthly basis.

Who are its users? Largely, the same people who are using Pinterest. Irigoyen said that, thus far, Guidecentral has found that it appeals most to female users between the ages of 15 and 35. Most of them speak English and are based in the United States and United Kingdom, and many are viewed as social influencers or thought leaders on specific topics.

Guidecentral has proven most popular in a few main categories – food, crafts, fashion and beauty. While some utilize the tool for professional reasons, others do so for hobbies. Irigoyen described the app’s users as ”people who are good at doing what they love doing.”

Though Irigoyen is originally from Argentina and Guidecentral was accelerated by NXTP, we shouldn’t expect the company to be making a move back to Latin America anytime soon. 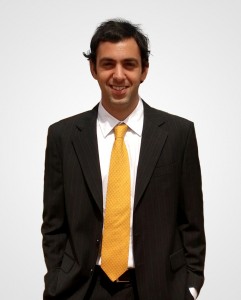 “Ireland is an interesting place to start a business, because there is a real startup hub here. Some big tech companies are based in Ireland and have their European headquarters here. There is a great pool of talent and a very nice startup ecosystem,” Irigoyen noted. “It is really easy to start a company, and Ireland is a gateway to Europe and, to a lesser extent, the United States.”

Irigoyen also touched on his experience as a first-time entrepreneur with Guidecentral after having worked in large corporations. “When you are working for an extremely successful company, you are just one piece of the puzzle. There are many layers of management, and you work with a specific team in a specific office. Your role is defined from day one. In a startup, you make decisions, decide where to go and lead the way. You have to do a lot of things that you wouldn’t normally do.”

Moving forward, Irigoyen and the Guidecentral team will continue to work to improve their product, engaging and motivating more and more users over time with the Guidecentral iOS app as well as an upcoming version for Android. The company will focus on growing its community and adding value to its users lives.