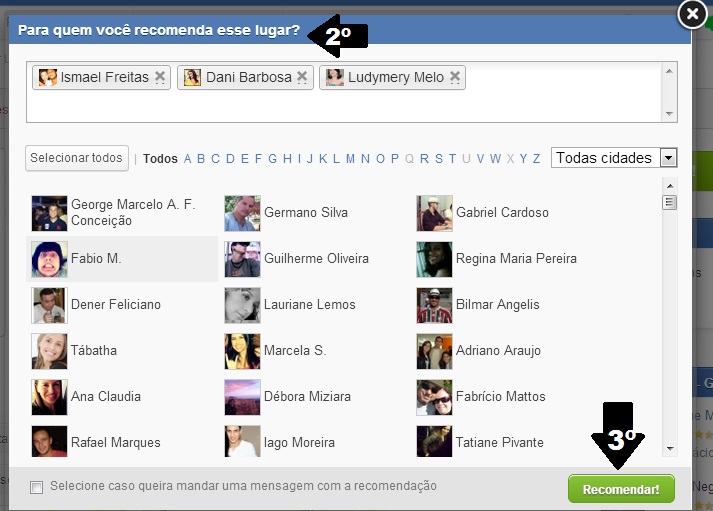 Just weeks after announcing its Local Graph feature, Brazil-based Kekanto has revealed another update. The word-of-mouth social network has launched a new and improved tool for recommendations.

Now, users can advise their friends on specific places, activities and services by simply clicking Recommend or Don’t Recommend on the platform. The Kekanto community can then access visualizations of the most recommended places in each locale. Bruno Yoshimura, Co-founder and CTO of Kekanto, explained the tool:

The difference for Kekanto users is that recommendations are completed in just a few clicks in a personalized way. They are directed towards friends with Kekanto profiles and to other platforms, like Facebook and Twitter.

This comes as the second phase of a series of updates to be implemented by Kekanto in an effort to encourage users to provide more feedback and further develop resources. Fernando Okumura, Co-founder and CEO of Kekanto, highlighted the company’s aims:

When we start to search for something, it’s generally when we’re about to consume. Who can we go to for information? People we know and trust, like Kekanto users.

Kekanto has forged ahead in full force this year following a US$5.5 million investment from W7 Brazil Capital. It currently operates in Brazil, Argentina, Chile, Uruguay, Paraguay, Colombia, Mexico, the United States, Canada, Portugal, Spain, Italy, France and Australia. Not only is Kekanto available via the web, but it also has applications for iPhone, Android and Windows Phone.