Four new startups have joined the Wayra portfolio in Brazil, chosen out of eight companies in the final leg of the selection process.

Each company was evaluated by Carlos Pessoa Filho, who heads the accelerator’s operations in Brazil, along with a group of leaders in Brazil’s startup ecosystem – Paulo Veras and Juliano Seabra of Endeavor, Flavio Pripas of Fashion.me, and Daniel Cardoso of Telefónica.

Hello Universe, an online system to connect users with qualified, area-specific interpreters 24 hours a day at an accessible price.

Intoo, a platform that helps SMEs access funding. It connects businesses in search of credit with banks and financial institutions to meet their needs.

Chegue.Lá, an aggregator of bus schedules, fares and itineraries throughout Brazil. Users input their point of origin and destination, and Chegue.Lá provides the relevant information, even allowing them to purchase tickets online.

Flavio Pripas, who evaluated the eight finalists, expressed satisfaction with the final results:

Overall, the quality of the pitches was very good, and this shows maturity of the Brazilian entrepreneurship environment. To select the new batch of Wayra companies, we discussed a lot about the teams, if they could deliver and adapt their plans, and if the opportunity that they were pursuing is big enough to justify investment by an accelerator.

Pripas also pointed to some red flags noted by the panelists in the startups considered. 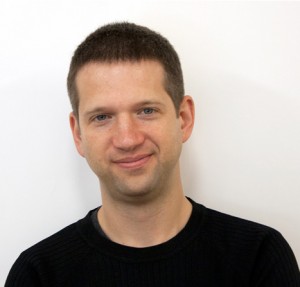 He pointed out that some of the companies had many founders – for example, startups with five founders with the same equity. This could prove to be a problem later down the line. He also noted that a few of the startups presented at the prototype level with a CEO, CMO, CFO, etc. setup, which doesn’t make sense so early on. Some of the projects pitching lacked focus, while others lacked knowledge and understanding of the challenge faced.

What’s Next with Wayra

Hello Universe, Intoo, Chegue.Lá and AIRCRM will now join the ranks of 16 other startups that have been accelerated by Wayra’s Brazilian branch to date, including OvermediaCast, Eu decido and aaTag. The accelerator has selected nine companies for its Brazil program this year, five of which were announced last year.

The companies will receive funding and mentoring as well as access to Wayra’s worldwide network. Though Wayra is one of the accelerators of Start-Up Brasil, these four startups will not participate in the program.