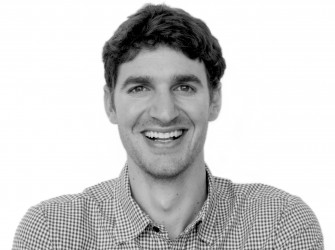 Last week, we introduced you to Polymath Ventures, an organization that designs and builds companies that serve the needs of the middle class in developing economies – namely, Latin America.

Based in Bogotá, Polymath is currently seeking professionals to join Polymath Seed Fellows 2013 – its second business-building program, which is set to commence in August.

Wenyi Cai, a Harvard graduate and Chinese American who previously who served as the COO of Milo (sold to eBay in 2010), is a Managing Partner at Polymath. She explained how the idea for the organization came to be:

Polymath has evolved since I first thought of it as a college junior because of my fascination with talent management. Working with McKinsey in the Middle East and Africa, I saw the private sector’s impact on the economy when serving people’s needs. Then, in making an unusual jump to Silicon Valley, I admired the disruptive thinking and methodologies of U.S.-style entrepreneurship. I saw enormous potential in using entrepreneurship and design to tackle problems in the developing world.

Focused on the middle class in developing countries, the Polymath team hopes to change the business-building model as an incubator fit for the specific needs of emerging markets, where idea flow is low and talented professionals often deem entrepreneurship too risky.

The organization combines design and business thinking into a new methodology that changes how entrepreneurship happens in such locales. It relies on research and information gathering and concentrates two key elements – creating the flow of ideas, and attracting people to bring those ideas to life. The end result: disruptive, responsive ventures.

Come August, Polymath will begin another seed round to design and launch at least three companies. Craig Edelman, Founding Partner at Polymath, discussed the organization’s conception and approach and provided us some insights as to what’s in store for its next phase.

Emily Stewart: You could have done this virtually anywhere in the world. Why Latin America, and why, specifically, Colombia?

Craig Edelman: We think Latin America is a ripe market for what we do. There is a large and growing middle class, with needs and disposable incomes, but not the companies that truly serve those needs. Because Latin America is relatively homogenous compared to other regions (common language, common values, etc.), it’s a perfect environment to create companies that can scale across the region.

Why Colombia? You’re right, we could have chosen a number of countries in the region (Mexico, Brazil, Peru…), but we feel Colombia is in the right moment in time to be a great platform from which we can launch business into other parts of Latin America. It’s the perfect launch pad. The investment community is growing here, the entrepreneurial talent is very strong compared to other places, and there is an immeasurable excitement about the country’s potential. Colombians are coming back after years abroad, people believe in the countries growth, and there is a powerful sprit of optimism and potential. This is an immeasurable attribute that will undoubtedly support our work as we grow alongside the country. And so far, we haven’t regretted our decision to start in Colombia for one moment.

ES: With the seed program, what kinds of individuals are you seeking to attract? What qualities or experiences do you most value?

CE: The success of the seed process to design new and beautiful companies that truly serve the needs of the middle class in Latin America is dependent on the people we recruit for the seed. The power of having multiple people with completely different skills sets, combined into one team and seeking one mission, is just exceptional. Beautiful things happen when each individual brings his or her own voice and expertise to a common mission. When we combine these minds with our methodology based on human-centered design, lean startup, and business thinking, we can (and have) create truly innovate ventures that serve real needs. 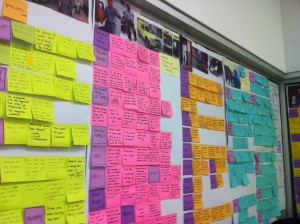 The specific study is less important than the person’s experience, drive, and motivations. If a person has done something interesting in the world, and they feel like they are highly talented in some trade, we want to hear from them. It’s also critical to the seed process that we have local Colombia talent. This is because it’s very important for the teams to have innate local knowledge to inform user experience and business models. It’s also important because we do want to see Colombian talent transition from being part of the creation of the business (seed) to actually becoming a founder of the business. We highly encourage Colombians to apply to the seed.

ES: What adjustments do you plan to make with this second seed program?

CE: We have learned extensively from running our first seed process and are modify the methodology for the upcoming seed in August. One example is that we see the need for the seed team to push forward the early stages of the business once the business concept/model has been created. That is the reason that we are leaving the open the potential for seed team members to extend working with us for another 2.5 months after the first 3.5 month phase. By push forward the early stages, I mean, let’s acquire the first five taxis and build out operations to continue learning, modifying, and improving the model. Or let’s give out the first five loans out to clients.

So, within seed, you will see us build out the very first level of operations of our companies. That’s just one example, but there are a large number of lessons and adjustments to the seed methodology that we’re excited the implement in August.

ES: What is the status of last year’s projects, Juntos and MiTaxi?

CE: We now have two new ventures that we are launching.

Táximo (formerly MiTaxi) completely changes both how the backend business of taxi companies operate and the customer experience to create Latin America’s first truly safe taxi company. We have three Colombian founders that are leading the venture, and we began operations of the company.

With Juntos, we are building out an entirely new channel to give financial services to the middle class in a way they can finally trust.  We are currently running a six-month pilot of the venture to test the model in its full form – as it will be the first time that such a model of financial services is carried out.

ES: What sectors will you focus on this time around? What locale?

CE: We will be running seed from our bodega/office in Bogotá. While we have not made the final selection of sectors, we are very excited about truly innovating and serving the middle class in areas like education, urban housing, and preventative health. There are just so many needs within the middle class for these important services, so we’re thrilled to discover what we can build.

We are even thinking of slicing the problem in a different way and building services within specific populations: building new services with or for informal street vendors, for example. We will decide on the final sectors at the beginning of the seed in August.

Polymath will be accepting applications for its second seed program through May 5th – find out more about the process here.

Specifically, the organization is recruiting designers, business experts, ethnographers, engineers and so-called “wild card” professionals. It will prioritize applicants with the following characteristics:

Learn more and apply at www.polymathv.com.