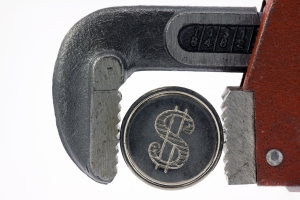 Latin America’s economy will grow in 2013, but perhaps not as much as expected. The United Nations revised its growth forecast for the region last week, estimating that the economy of Latin America and the Caribbean will grow by 3.5% this year. In December, it had predicted a rate of 3.8%.

Several factors were cited in the body’s reasoning, including a reduced demand for the region’s commodities exports and revised projections for powerhouse nations Argentina and Brazil. Uncertainty about the future of the world economy and slowed growth in developed nations played a part as well.

But it’s not all bad news for Latin America. Investments in Brazil and throughout the region are up, as is consumer demand. The prices of raw materials remain high, and Latin America’s agricultural industry strong – two positive indicators for the region’s exports.

Paraguay will experience the most export-related growth at a 10% rate, followed by Panama at 8% and Haiti and 6%. Chile, Bolivia, Nicaragua, Colombia and Uruguay are also poised to do well in that sector. Mexico, Central America and the Caribbean will benefit from increased dynamism in the United States, and agriculture and construction are expected to give several countries a boost as well.

See the revised 2013 estimated growth rates for some of the region’s leading economies below:

The growth rates of Latin America’s tech-related markets tell a quite different story, exemplifying the magnitude and momentum of the region’s technology ecosystem.

Brazil’s telecommunications market, for example, is expanding at a compound annual rate of 5.3% and is set to reach almost US$100 billion by 2017.

Latin America’s e-commerce sector is expected to grow 11 times over during the 10-year period from 2005 to 2015, and Brazilian e-commerce has been predicted to expand by 25% this year alone.