Privacy concerns may prove a major deterrent to mobile adoption in Latin America.

According to a study performed by the GSM Association (GSMA), 88% of mobile users worry that apps may collect personal information without their consent. What’s more, half of those concerned consumers said that they would limit their use of apps unless better safeguards are put in place.

Location-based services prove an especially hot point of contention for Latin American mobile users, 74% of which are concerned about their locations being shared with third parties without their permission. And rightly so – 47% of the most popular apps transmit the unique device identity of phones to other companies without users’ awareness or consent.

While these findings are likely to alarm most of the players in Latin America’s app market, it is mobile operators who should be most disturbed – most users think privacy invasions are their fault. Sixty percent of respondents said they would turn to their mobile operators if their private security was breached, even if they’re not the ones responsible. Only 31% said they’d go to their app store and 34% to the developer.

Latin America runs the risk of falling behind in mobile adoption unless these issues are addressed, and mobile operators and app sellers can’t be the ones doing all the leg work. Government entities, legislators and policymakers throughout the region need to adapt and create laws to protect digital consumers. 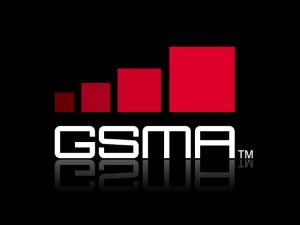 “It’s not the case that legislators can simply cut and paste old-world data protection rules into the modern mobile apps market. They need to consider solutions that reflect the new market realities, such as the privacy icons currently being developed in the USA, which will provide consumers with simple ways to understand their privacy choices and control their data,” said Tom Phillips, Chief Government and Regulatory Affairs Officer at the GSMA.

While most mobile operators are quite strict with the use of location information, internet companies are not. “The rules regarding location privacy need to apply equally to all the different players who offer such services. Today this lack of consistency is putting consumers’ data at risk,” explained Phillips.