When it comes to taking in any competition in professional sports, watching the event live and in person is second-to-none. The experience of cheering alongside other sports fans, sharing the ups and downs of the game, is unparalleled.

With second-screen app Vubooo, however, soccer fans that can’t make it to the game are able to live out matches in a way that is as close as it gets to the real thing.

Out of Israel, Vubooo provides sports lovers – namely, soccer fans – with a one-of-a-kind experience during matches. Its virtual stadium allows fans to cheer, shout and support their teams through visual, emotional and non-textual interactions.

“While the common second-screen experience is textual, Vubooo decided to reinvent the way soccer fans interact with each other. We have created a unique language that allows the fans to express and create a social interaction in a simple and more intuitive manner using icons, gestures and cheers,” said Itav Topaz, CEO of Vubooo who founded the company along with Alon Har-Tal in 2010.

Vubooo released the beta version of its Android app in January 2012. It took off during the UEFA Euro 2012 tournament, with 65% of its users actively engaging in each and every match. Over 400,000 soccer lovers use the Vubooo beta Android app, which has proven especially popular in Europe. In fact, Vubooo boasts one of the top apps in several Google Play markets across Europe.

With Android experience under its belt, Vubooo is moving on to iOS. In fact, it’s launching its iOS app today. “The new iOS app will offer fans a higher level of social interaction during soccer matches, almost like being at the stadium in person,” Topaz explained. 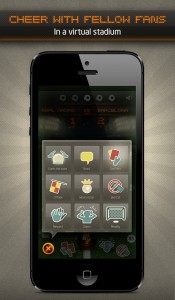 The Vubooo team developed its iOS app with three goals in mind: to enrich in-match experience by creating virtual stadiums for home fans, to allow fans to participate non-textually, and to maximize social interactions during the actual match.

Topaz emphasized the non-textual nature of the iOS app, noting, ”The new iOS app introduces an innovative concept to the second-screen market, encouraging users to take more non-textual actions throughout the match. Even today, Vubooo is three times stickier than Twitter, as fans understand that Twitter alone isn’t enough when soccer is involved. Vubooo allows fans to be more passionate and involved in the match and to show support and love for their team.”

While Vubooo has largely focused on the European market up to now, it will be headed to Latin America soon.

“Soccer was ‘born’ in Latin America and is the most popular sport of the continent. Bringing Vubooo to local fans is one of our top priorities this year and during 2014 of course, at the 2014 FIFA World Cup in Rio,” Topaz said. “Much like any other startup, our resources are limited, and we had to set priorities. We launched an Android beta app in Europe because we had personal ties to the national leagues there and because of the Euro 2012 – both fueled our growth this past year. Latin America is next, and we’ll come more mature and ready, providing maximum value to the local fans, who live and breathe soccer from a very young 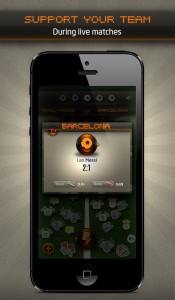 Vubooo will not only connect Latin Americans with local teams but also with the European leagues they follow as well. Vubooo is already available in English and Spanish as well as Italian, German, French and Turkish. Twenty new languages are soon to come, including Portuguese.

Vubooo’s main point of focus in Latin America will be, of course, the 2014 World Cup in Brazil. Technology will play an unprecedented role in the event, and Vubooo will be one of countless players reaping the benefits.

“The 2014 FIFA World Cup in Rio has been on our calendar for some time now, and we have big plans for the fans. Vubooo will essentially become a must-have app for any soccer fan during the 2014 World Cup, with a complete match schedule, news and updates and virtual stadiums for the hundreds of millions of fans who’ll be watching from home,” Topaz said.

He outlined, “On the corporate level, we intend to work with local TV broadcasters and the media to allow fans to enjoy the best possible second-screen experience they have ever had. Following our success during the Euro 2012, we know we have what it takes to become the most popular sports app during the 2014 World Cup in Brazil.” 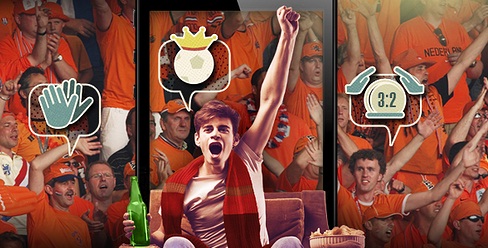