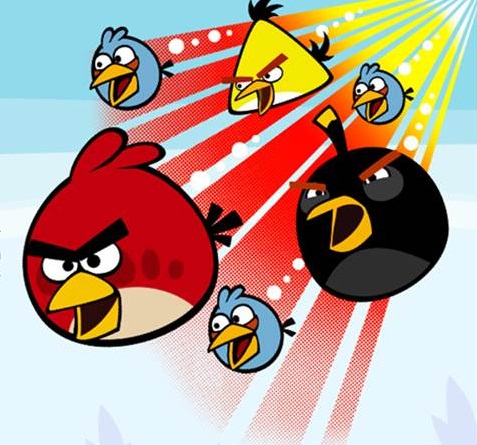 Brazilian shoppers are in for a heavy dose of Angry Birds. This afternoon, BRMALLS, Latin America’s leading shopping center company, and Rovio, the creator of Angry Birds, announced a partnership to bring the virtual world to the real world in shopping malls across Brazil.

From July 2013 to July 2014, Angry Birds playground models will travel through 33 shopping centers throughout Brazil, hitting all five of the country’s regions. The price tag: a US$2.5 million (R$5 million) investment that includes royalties, construction, media and marketing.

BRMALLS will kick off the Angry Birds playground tour just in time for winter vacations in Brazil this July. Attractions will premier in São Paulo, Campinas, Rio de Janeiro and Curitiba, moving on to other cities later in the year. Angry Birds characters may also pop up at BRMALLS shopping centers throughout the year for various celebrations, promotions and events.

Ruy Kameyama, Director of Operations at BRMALLS, expressed excitement about the partnership and its significance for Brazilian consumers:

We increasingly offer the best options for the whole family. This approximation of big famous brands allows BRMALLS to deliver to its clients unique leisure and interaction moments with characters that enchant kids, young and adults. At the malls, the clients will be able to live what they experienced before in the virtual world.

We decided to make this partnership with BRMALLS because its shopping centers are present in all Brazilian regions and for showing it is a company that invests in innovative projects and ideas, uniting all elements to help Rovio bringing Angry Birds to the real world.

Three Angry Birds playground models will be deployed, each with a wide range of attractions. 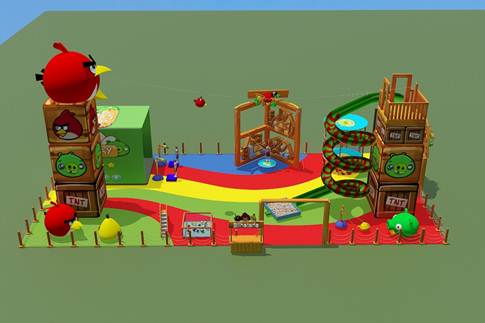 The first model – the largest – will feature a zip line, climbing wall, slingshot, interactive game area, photo booth ad play space. The second model will have a free-fall simulator and activities for small children, and the third a Ferris wheel. Most attractions will be free.

Angry Birds is an international gaming phenomenon, having experienced unprecedented success all over the globe. Its Brazilian tour will surely thrill consumers of all ages throughout Brazil in bringing its virtual delights to the real world.