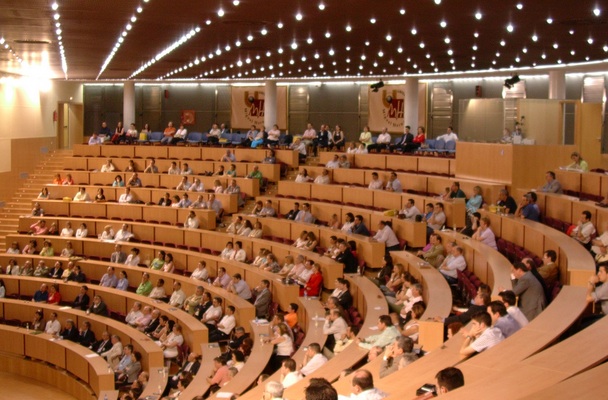 MeetLatam 2013 will bring together leading mentors of the technological world, including the president of Waze, a co-founder of MySpace, one of the founders of LinkedIn and the founder of Mint.com. Investors, executives and government agents will share their experiences to continue fortifying Chile’s innovation ecosystem.

Nine stand-out entrepreneurs from Silicon Valley will attend MeetLatam 2013, which will take place on April 26th and 27th. The event has been designed for all those interested in starting a business or growing a project that’s already started.

Matías González, one of the managers of the event, explained that the idea of the initiative is for top entrepreneurs to share their business experiences and give practical advice to the local entrepreneurial community. He also said that MeetLatam will be replicated in 2014 in other Latin American locales.

This isn’t the first time event organizers have attempted to set up MeetLatam. In fact, the first MeetLatam edition was slated to take place in November 2012 but was cancelled due to Hurricane Sandy, which prevented many speakers from making the trip.

Beyond presentations, MeetLatam will also host a pitch contest, during which 15 technology projects from entities like Wayra Chile and Start-Up Chile will present. The winning startup will be awarded US$6300 (CLP$3 million) as well as the opportunity to exhibit at MeetLatam 2014. The startup will also receive a month of consulting from event organizers.

Konstantin Guericke, one of the founders of LinkedIn Corporation who now acts as the company’s VP of Marketing. He has also been a partner at Earlybird Venture Capital since May 2012.

Gil Penchina, the CEO of Wikia, a free web hosting service for wikis. Penchina is also an angel investor.

Aaron Patzer, the founder of Mint.com, a free personal finance tool that was acquired by Intuit for US$170 million in 2009.

Aber Whitcomb, who founded and acted as CTO of MySpace. Today, Whitcomb is the CTO of MindJolt.

David Kidder, a co-founder of Clickable, online advertising software that was acquired by Syncapse. Kidder previously founded SmartRay Network, a mobile advertising system that was bought by LifeMinders, and Net-X, a web platform purchased by Target Vision.

MeetLatam is a free event, so you’ll want to register to attend soon at www.meetlatam.com. Can’t make it? Don’t worry. The event will be streamed live online as well.

MeetLatam has been organized by El Mercurio, FFM Innovaciones, OCD Iberoamérica and Fundación País Digital with the support of Imagina Chile.