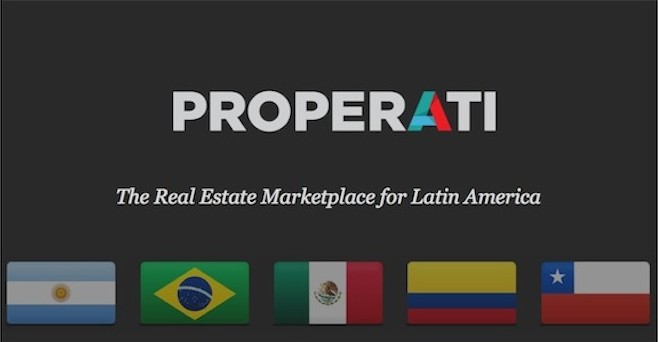 Latin America’s online real estate market is a dynamic one, with new products, investment deals and startups with a real projection. Now, Argentine company Properati (spin-off of Sumavisos.com) is joining the movement, having closed a seed funding deal for its regional expansion.

The amount of the investment hasn’t been officially revealed, but we’ve heard it’s around US$200,000 (AR$1 million). Interestingly, the funds are from angel investors who have already invested in Sumavisos.com as well as entities such as U.S.-based GroupArgent and NXTP Labs (where the startup is currently being accelerated).

Properati is a web and mobile platform for real estate in Latin America. Agencies are able to access a business model in which costs are based on the performance of ads placed. In other words, they only pay for quality consults and contacts – not for publishing on the platform. For buyers, renters and real estate investors, the platform is a fast, advertising-free way to access information.

Given the track record of Sumavisos in Latin America, the expectations for Properati are high. Within four years, Sumavisos reached 30 countries in eight different languages, boasting 10 million users each month.

To launch the project, the entrepreneurial team made an initial investment of one million pesos using their own funds, which served to develop and launch the product in Argentina and Brazil.

With the seed capital acquired, the startup will seek to move on to the next phase and seek another investment round of at least one million dollars, the idea being to solidify its presence in Brazil and the rest of Latin America.

Given similar real estate projects already underway in the region, Properati is running against the clock. The impending Olympic Games and World Cup put the pressure on even more.

Properati is based on a freemium model. Advertising is free, but agencies have the option to pay to improve results.

Payment is required when advertisers need to send their information to more contacts and potential clients, rendering Properati a sort of lead generation service. Real estate agencies publish for free and set a daily budget as well as the price they’re willing to pay per contact. Properati takes care of the rest.