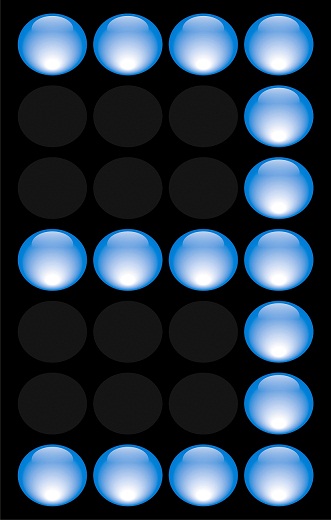 This week, Bezinga released a report on social media’s big three: Facebook, Twitter and LinkedIn. It took a look at the countries where each platform was most popular and took into consideration penetration rates as well.

Given Latin America’s continued love affair with all things social, it should come as no surprise that the region had a strong showing in the report. A few details, however, are quite unexpected.

While the U.S. continues to lead the way in terms of number of Facebook users (16% of the global total), Brazil, thanks to its Facebook boom, comes in second at 7%, ahead of India (6%) and Indonesia (5%). Interestingly, Mexico comes in fifth in this category, representing 4% of the world’s Facebook population.

When it comes to penetration, however, it’s a different story (Qatar comes out on top with 81%). Facebook penetration rates in Brazil and Mexico hover around 35%, leaving a lot of room for countries like India, where penetration is just 5.44%, to blow past them later down the line.

This data reaffirms the importance of connecting with Latin American consumers via Facebook – something many companies still fail to do.

Bezinga’s data reveals that four of the 10 countries with the most Twitter users speak Spanish or Portuguese, and three of those countries are located right in Latin America.

Brazil, where Twitter opened offices earlier this year, represents 7% of the Twitter population, behind China (12%), India (12%) and the United States (8%). Mexico came in just behind Brazil at 4%, and Argentina 2%.

The big story here, however, isn’t Brazil. Instead, it’s Argentina, which boasts the highest Twitter penetration rate of the top 10 Twitter markets at 15%.

Latin America did not manage as well with LinkedIn, where users are overwhelmingly based in English-speaking countries, namely, the United States (46%).

The only Latin American nation to make the list was Brazil, where LinkedIn reached the 10-million-member mark last October. There is quite a bit of room for growth, however, as LinkedIn’s penetration rate in Brazil is under 1%. The same is likely true for many other regional locales.