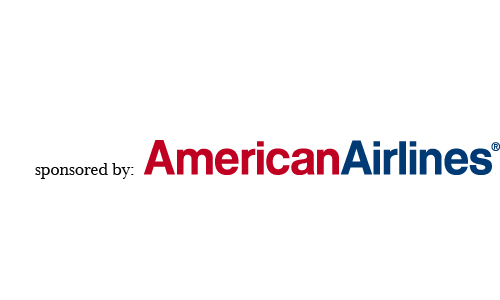 Earlier this month, we announced the winners of the PS10, our annual list naming the best 10 startups in Latin America. A total of 153 companies applied to participate in this year’s PS10 competition, and startups from Uruguay, Brazil, Argentina, Chile and Mexico made the cut.

Now, the time has come for the winners to claim their prize at PS10: Tech in Latin America, an event set to be held tomorrow, March 27th, in New York City.

The gathering will celebrate Latin America’s entrepreneurial talent and serve as a prime opportunity to explore the potential of the region’s startups. One of the main attractions will be an hour-long discussion panel, Investing in Latin American Startups: Risks and Opportunities, with input from four regional thought leaders:

Cate Ambrose, Executive Director of the Latin American Private Equity & Venture Capital Association (LAVCA). Based in the United States, LAVCA is dedicated to the promotion of investment in Latin America, not only in startups but also in various types of organizations and funds.

Marcus Dantus, Director of Wayra Mexico. Dantus is an Endeavor entrepreneur and has received numerous national and international honors and awards. Intel honored him for his work with Simitel in 2004 and with Innovamédica in 2008.

Colombian Minister of ICT, Diego Molano Vega, will also attend tomorrow’s event, as well as various investors and officers of the government of the City of New York.

After the discussion panel, five companies with Latin American roots will take the PS10 stage:

Crowned by the PS10 jury as Latin America’s best startup, KienVe serves as a real time social network for television viewers. Its free mobile application allows users to “check in” and interact based on what they’re watching on TV. KienVe is based in Uruguay and was formerly known as ComparTeVe.

Not only was KienVe selected to form part of the fourth generation of Start-Up Chile companies, but it was also named Hot Company of the Year at the Festival of Media LatAm in Miami last year. In February, it commenced operations in Chile and Panamá.

“We really are very happy and excited. This is important recognition of the work we’ve been doing and confirmation that we are on the right path, even though much more remains to be done,” remarked KienVe creators Gabriel Roizner (CEO), Federico Zubia (CTO) and Maximiliano Schatz (CFO and CCO), regarding the PS10 honor.

Headed by Argentine entrepreneur Diego Sáez-Gil, WeHostels helps travelers find and book hostels and similar accommodations around the world. The company was formerly known as Inbed.me and before that Letmego, which, coincidentally, won the 2009 edition of the PS10 contest.

WeHostels was named the Most Innovative Travel Startup of 2012 at the PhoCusWright Travel Innovation Summit and made Entrepreneur Magazine’s 100 Brilliant Companies 2012 list.

On its website, ThreadMatcher claims to provide the ultimate personalized shopping experience. Its social commerce platform allows users to collect the clothes they have or want from online stores in virtual closets. Users also receive recommendations and feedback from others with similar tastes.

PS10: Tech in Latin America has been organized in conjunction with the Berkley Center for Entrepreneurship and Innovation, the Entrepreneur Exchange Group  and the Latin American Business Association. It will take place at the NYU Stern School of Business.