Last month, Movile gave Brazilian startup iFood a big vote of confidence by way of a US$2.75 million investment. In hopes of building a GrubHub for Brazil, Movile made the deal to tap into a market it estimates to be worth four million dollars.

With all the startups active in online delivery in Latin America, what makes iFood stand out? We decided to learn more about the company to find out.

iFood is a Brazil-based startup dedicated to food delivery. It delivers more than 50,000 orders each month from more than 1,000 restaurants throughout Brazil. It is available on the web as well as for iOS and Android – though this wasn’t always the case.

Originally launched in 2011, iFood started out as a web-based platform only. Six months ago, it launched its mobile application and was pleasantly surprised. “We were impressed with our mobile growth, and in a couple of months, our mobile channel reached 20% of our sales. At that point, we understood that we should focus on mobile,” explained Felipe Fioravante, iFood CEO. 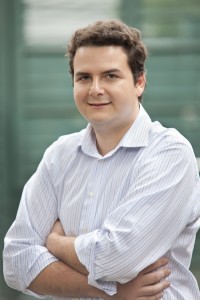 Much of iFood’s success in the app realm has come as a result of its strategy in rendering the product mobile-friendly. The iFood team simplified its product significantly in the development phase, selecting only the most important features to be part of the first version of its application. As it began to gain more users, the company added in new elements based on comments and suggestions.

Thus far, the reception of iFood’s applications have been very positive – as mentioned, 20% of the company’s orders are now made through mobile. The startup’s revenues are increasing by 10% each month, thanks in large part to its mobile arm.

“We are actually seeing less resistance in mobile than we had for web orders. People are already used to use their phones to call restaurants, so it´s more natural for them just shifting to an app. It is a lot easier than opening their laptops to order,” noted Fiorvante.

In light of this mobile shift, iFood began to seek out investors to help the company grow. And along came Movile.

A regional leader in mobile services and technology, Movile tapped iFood for investment as part of its continued effort to support and promote businesses with a mobile focus. Fiorvante said, “When Movile came around, was clear for us that they were a perfect partner to help iFood to get more users and eventually expand iFood across Latin America. They really support the team and our strategy.”

What lies ahead for the iFood team, then? In the near future, iFood aims to reach 100,000 orders per month, improve user experience across all of its platforms and expand its services to all major cities in Brazil. As Fiorvante indicated, however, the company won’t shy away from crossing Brazil’s borders – other Latin American locales are certainly on the horizon for iFood as well.