Aceleratech has opened the call for its second class of startups. The São Paulo accelerator is on the lookout for a new set of companies to join its ranks.

Launched in 2012, Aceleratech was founded by Mike Ajnsztajn and Pedro Waengertner. Its three-month program, which has been designed in conjunction with ESPM, supports teams with technology, mentorship, funding and education by way of several modules focused on specific topics and themes.

The Aceleratech program is geared toward technology-based projects in areas like e-commerce, SaaS, security, mobile, apps, games, the internet and the cloud. It is open to startups with both national and international reach.

When we spoke with Aceleratech’s Mike Ajnsztajn last year, he said that the accelerator would be seeking out dream teams in its startups – a geek, a seller and a visionary. He also said the organization would be more inclined to accept startups with business models that do not depend solely on advertising for revenues.

Though it is a relatively new entity, Aceleratech has quickly become a highly active member of Brazil’s tech ecosystem. It recently invested in Brazilian startup blog Startupi, and it is also one of the nine accelerators selected to join the Start-Up Brasil initiative. Note that the selection processes for the respective Aceleratech and Start-Up Brasil programs will be separate – learn more about the latter here.

Those interested in joining Aceleratech’s second class of startups can register here now.

Want to get a better feel for Aceleratech? What better way than by checking out the 11 startups currently being accelerated by the organization? Meet the companies, and see how they’ve evolved at the Aceleratech Demo Day on Tuesday, April 23rd at ESPM. 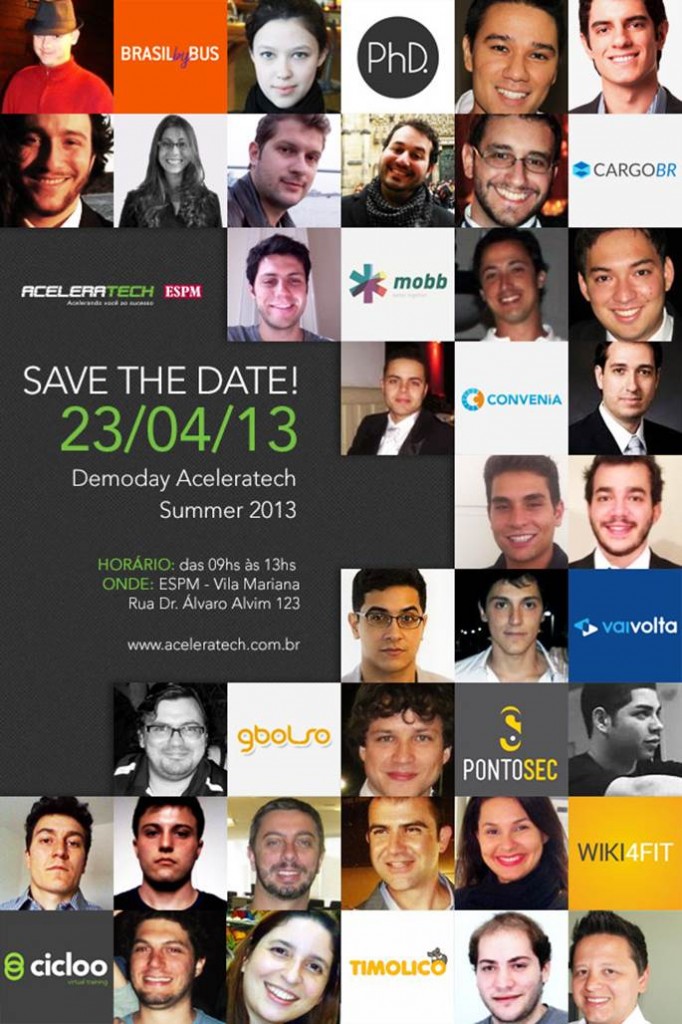