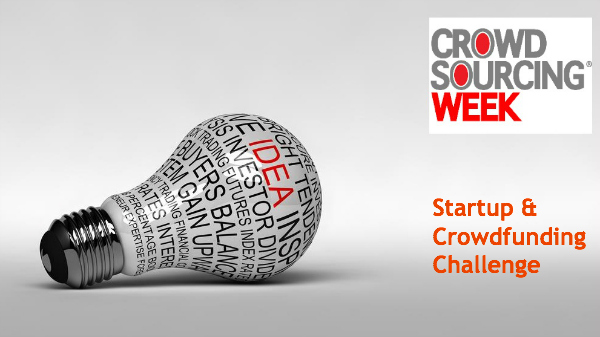 Latin America to Singapore? Come June, it’ll be a possibility. Crowdsourcing Week, an international gathering of the crowd community set to take place in Asia this year, has launched a call for companies from around the globe to compete in its Startup Challenge.

Crowdsourcing Week is now accepting applications for the contest, which will combine elements of traditional pitching and business plan outlines with a twist of crowdfunding efforts as well.

Startups have until April 8th to apply for the Crowdsourcing Week Startup Challenge. A panel of judges and mentors will evaluate submissions and select 10 finalists, which will be announced on April 22nd. Once the top 10 are chosen, the real fun will start.

Teams will compete to raise US$30,000 in a crowdfunding campaign on RocketHub, putting their projects to the test of the crowd. Competitors will have until June to spread the word about their businesses and raise money. On the 6th of June, the top three projects to raise the most capital will be named the winners and take the main stage to accept their awards and present to the Crowdsourcing Week audience in Singapore.

“We are excited to include the startup competition in our program at Crowdsourcing Week. This dynamic platform will allow startups from all over the world to pitch their ideas to an impressive panel of VCs and startup mentors while testing market response via crowdfunding. We also hope to see some innovative crowd-centric startups in the mix,” said Epirot Ludvik Nekaj, Crowdsourcing Week CEO. “Mark Cuban recently remarked that crowdfunding should be a requirement for every startup – and we want to foster this type of market response testing in our startup challenge.”

The Crowdsourcing Week Startup Challenge is seeking out submissions from all over the world, including Latin America. Applying startups are asked to submit a three-year projected business plan with team and funding profile as well as a crowdfunding campaign strategy and write-up. The contest is open to startups that have been operating for two years or less.