ComparaOnline is gathering forces in Brazil. The Chile-based insurance and financial comparison startup has acquired its Brazilian counterpart, CortaContas, from Buscapé Group to cement its position in the local market.

Buscapé and ComparaOnline have signed a strategic alliance agreement to facilitate the latter’s operations in Brazil by way of the CortaContas acquisition. Moreover, Buscapé will join ComparaOnline’s board of directors, thus contributing the experience and know-how it has garnered in the digital commerce arena, especially in Brazil, since its 1999 foundation. 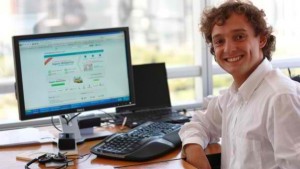 “CortaContas has been leading the Brazilian lead generation market for four years. Their experience will be a complement to our own. We are convinced that together both companies will offer the best service in the industry to both end users as well as insurance or financial companies,” remarked Sebastián Valin, ComparaOnline CEO. “Buscapé’s decision to form an alliance with us after an in depth market analysis confirms the leading position ComparaOnline has in Latin America.”

Buscapé’s Romero Rodrigues added, “We’re very excited with this association. ComparaOnline.com is the best operator in this segment in the region, and has been adding a great amount of value to its customers through the efficiencies it generates”.

The merge of product and human resource between ComparaOnline and CortaContas is expected to be completed by the end of 2013.

ComparaOnline on the Up and Up

Launched in 2009, ComparaOnline has positioned itself as a leading insurance and financial comparison platform in Latin America. It offers companies a new and unique online distribution channel while at the same time providing consumers with highly valuable information.

The platform has more than 10 comparison tools and service simulators for products such as car insurance, travel assistance, credit cards and loans. It operates in Chile, Colombia and Brazil – this CortaContas acquisition being key to its Brazilian market strategy.

In 2012, ComparaOnline experienced a series of successes. It received an investment form Kaszek Ventures in May, and in December, Valin was selected to join Endeavor’s international network of high-impact entrepreneurs at the 46th Endeavor International Selection Panel in Miami. He’s certainly an important Latin American entrepreneur to watch in 2013.