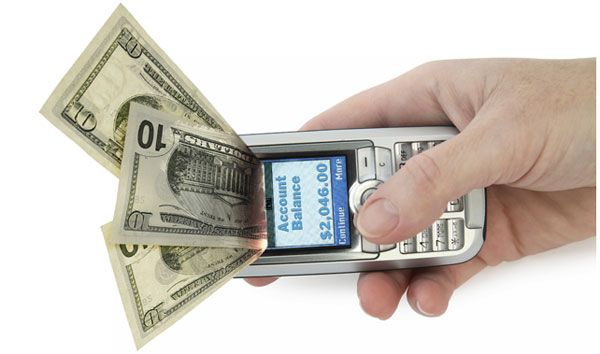 There are an estimated 115 cell phones in existence per every 100 people in the world, and related industries are taking advantage.

Such is the case of mobile clients, in other words, consumers who need to access applications and services by way of mobile phones and tablets.

In South America, 76% of banks offer their clients smartphone applications for mobile banking.

This figure comes from a TBI Unit study on the adoption and use of mobile banking in Latin America (entitled Benchmarking de adopción y uso de Mobile Banking de bancos de América del sur). Researchers analyzed the adoption of the service regionally and by country, as well as topics like client education and information, platforms, types of transactions, security and best practices.

According to the investigation, the most developed platforms are iPhone (71%), followed by Android and BlackBerry.

In the land of tablets, 69% of banks allow for the downloading of exclusive (ad hoc) applications developed for such devices.

The study also found that 84% of banks in South America provide their clients with mobile banking services (SMS and applications). In three countries, the service has a 100% adoption rate: Argentina, Brazil and Venezuela.

Globally, TBI Unit utilized an index of 21 parameters based on information provided, development of platforms, security recommendations, guarantees and types of operations available as explained on institutional websites. The average rating was 52 points out of 100, Brazil receiving the best rating with 76 points.

-In very few cases are the issues of security and guarantee covered. Most banks fail to mention the security measures that mobile banking service users should take (76% don’t bring up the topic at all). Only Bancolombia addresses the issue in its profundity, and other banks give a few minimal tips. Related advice and recommendations are much more developed in banks in the United States and England.

-Demos are very basic, and 12% of banks don’t provide users with any type of instruction materials.

–The websites of most banks are unable to detect accesses from mobile devices and direct mobile users accordingly (only 34% do so).

-There are some new applications out there, such as those that use augmented reality. Utilizing the smartphone’s camera and its GPS, such apps show nearby branches, promotions and benefits through geolocation. One bank, Itaú in Brazil, offers clients the possibility of scanning the barcodes of their bills and making corresponding payments with their phones.

News Breaker Turns News Maker: Startupi Lands Investment of its Own
Wayra Mexico Partners with Startup Labs to Select and Invest in Next Class