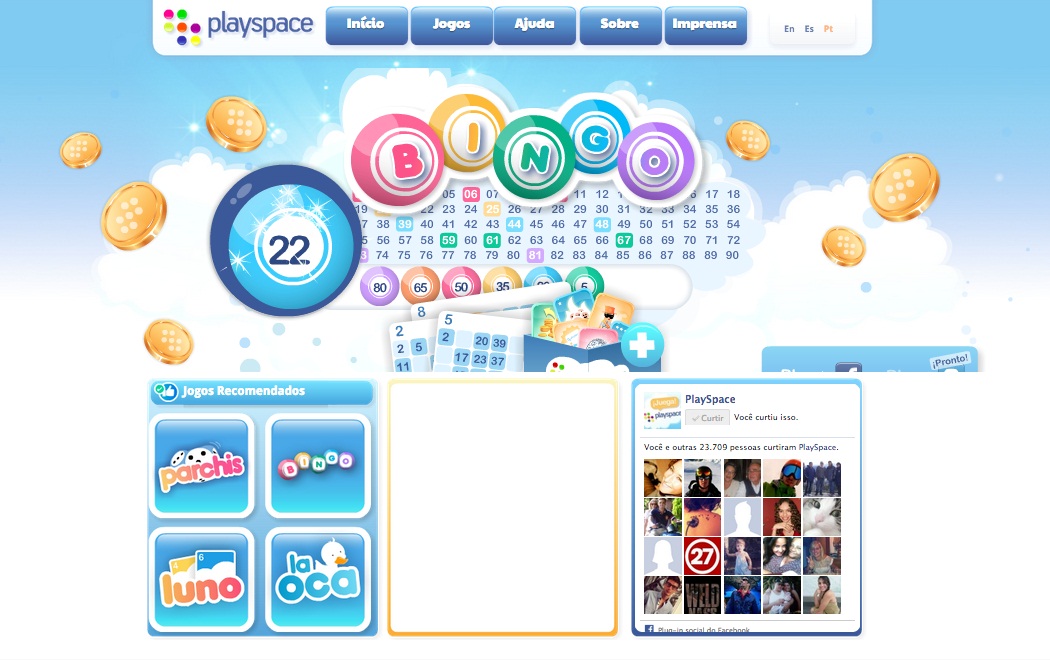 Spanish social games developer PlaySpace has landed in Latin America. Starting with Brazil, it will tackle the regional market and roll out its portfolio for potentially millions of new players.

Founded in 2011 by Enrique Dubois and Alfonso Villar, PlaySpace develops social and multi-player games in both Spanish and Portuguese. It operates through Facebook and the Spanish social network Tuenti, for which it has launched versions of Parchís, Dominos, Luno, La Oca, Bingo and Chinchón. PlaySpace recently got its feet wet in the mobile realm with the launch of Parchís for iOS, and it plans to release mobile versions of its other games for both iOS and Android in the months to come.

With operations up and running for just over a year, PlaySpace has nearly 3.5 million registered users, over one million monthly active users, and 22.8 monthly visits from Latin America and Spain. Much of its growth has been spurred by a US$1.9 million investment it closed in September of last year.

With its Brazilian launch, PlaySpace will seek to attract Brazil’s 83 million internet users, 60 million of which are on Facebook. The company launched the beta version of its product in Brazil in December 2012. Since that time, it has already brought in 100,000 registered users and attracts 50,000 visits per month in the country.

PlaySpace Brazil will be headed by Gisele Simoes, former Marketing Executive at Yahoo! Spain. She will take charge of product development in Brazil and the B2B side of the business, including seeking out and managing partnerships with local entities in order to advance PlaySpace’s global strategy. Initially, Simoes will lead a team that will work out of BeesOffice, a co-working space in Rio de Janeiro.

“Gisele is key for us to develop in Brazil’s culture and enhance our business opportunities in the country. Although we can take care of many daily tasks for our headquarters in Spain, we believe that the team working out of our Brazilian offices will assure sound decision making,” said Alfonso Villar, PlaySpace CEO.