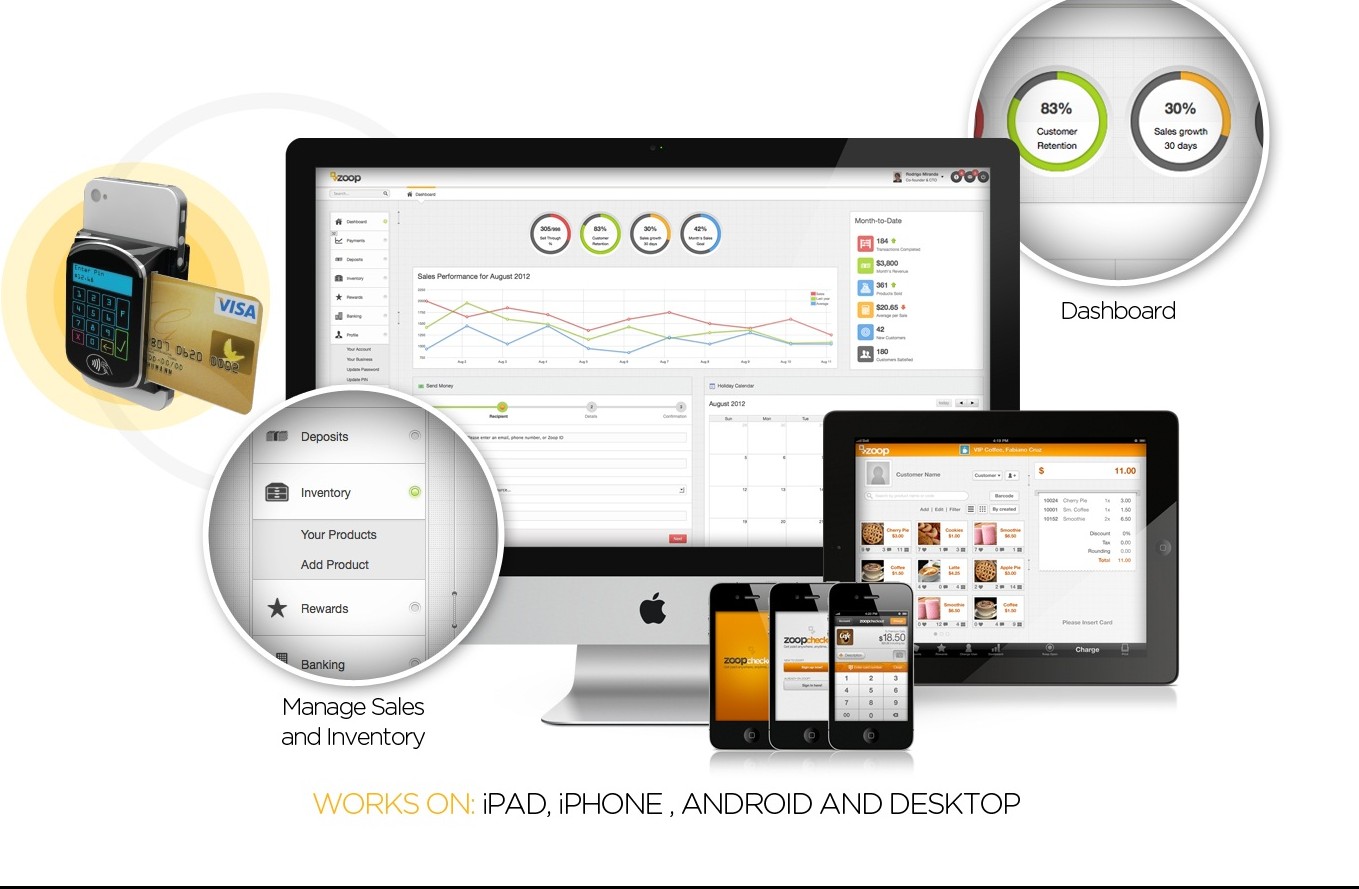 Brazilian Zoop has been one of the most talked-about, award-winning startups of 2013 thus far. The company racked up wins at the PuntaTech 2013 LatChallenge and the QPrize Brazil in January, and it will compete for the QPrize Global Grand Prize in San Francisco next month.

Zoop is Latin America’s first mobile point of sale to facilitate magnetic stripe, EMV chip and PIN, NFC and contactless payments.  Its multifunctional wireless card terminal works with phones, computers and tablets, and its application is compatible with both Android and iOS. Essentially, it allows for payments and transactions anytime, anywhere, anyhow. Take a look at the video below.

We spoke with Fabiano Cruz, who co-founded and now acts as CEO of Zoop, to learn more about the startup – including its very interesting beginnings and current positioning in the highly-promising Brazilian market.

Zoop’s story began a couple of years ago while Cruz was visiting Brazil (a Brazilian native, Cruz currently resides in Washington, D.C.). He went to a bar with a couple of friends, and when the time to pay the bill came, he made a surprising discovery: credit card payments weren’t accepted. He approached the owner of the bar for an explanation.

The bar’s owner explained that working with credit cards in Brazil is inconvenient and expensive. POS rental fees are high, as are transaction fees and maintenance, and funds are often only made available 30-40 days after the original transaction. While for large corporations this may not be a problem, for small businesses, the situation was impossible.

Cruz began to reflect on the bar owner’s story and think of how he could help to find a solution. With experience in engineering, financial systems and mobile technology, why not start something in the mobile payment space?

To get the ball rolling, Cruz reached out to Rodrigo Miranda, with whom he had previously worked on a mobile payment project for Siemens in Brazil. The two gathered a small team and, with their own funds, started to work.

Most of Zoop’s development has taken place in Washington D.C., due in large part to the high accessibility of technology in the United States when compared to Brazil. The team developed the design and early models for their product during 2011, and by 2012, the core of the platform had been built. Zoop was careful to keep things under wraps and performed all work on its hardware and software in-house. That is, until a prime opportunity arose.

In August 2012, Zoop was invited to participate in TechCrunch Disrupt. Recognizing the significance of the TechCrunch stage, the Zoop team got moving to become one of nine companies to launch at the event’s Brazilian Pavilion in San Francisco last year.

Though Zoop’s payment system is fit for any market (its EMV-compliant platform can be implemented in 89 countries) and work has largely taken place in the States, Cruz’s sights for the company – at least starting out – remain set on Brazil. “We believe that the Brazilian payment ecosystem is still highly neglected. A wide-open field for innovation and improvements, where a high-impact mobile-enabled electronic payment solution that enhances consumers’ and merchants’ experience, drives cost savings and leads to quality improvements, will hold strong appeal for the target market,” he explained.

Initially, Zoop will target 10 million small and medium-sized enterprises and individual entrepreneurs and Brazil. It will focus on keeping costs for its mobile commerce and payment platform low while at the same time building the most innovative, wide-reaching technological solutions possible – namely, its patent-pending terminal. It will also continue to develop ways to add value to its product by providing business owners valuable insights about their clients.

Currently, Zoop is in the process of closing partnerships to start operations in Brazil, which it expects to do during the middle of the year. Its product is also in the trail phase in some businesses. 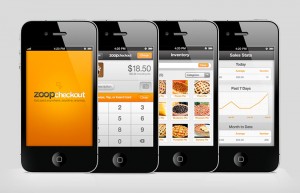 When it comes to setting up operations in Brazil after working on development in the U.S., Cruz did acknowledge some barriers. He said, “The secret is not only to know the market but also to have the right players on your side. It’s not easy, but it’s manageable.” He specifically touched on the issue of government and legislation, noting that in Brazil, as in much of Latin America, it’s nearly impossible to wait until all policies related to one’s business are in place to get started. The system is often retroactive, and the government itself reactive. “You can’t wait for policies to be in place, because you’ll never start anything, never disrupt anything.”

And disruption, it seems, is exactly what Zoop is looking for, and early on, too. There are companies that could be looked at as competitors in the Brazilian market right now – largely Square copycats that would require all staff members to carry smartphones (an unlikely scenario). Zoop, however, has taken a completely different approach in developing brand new hardware that is low-cost and highly secure. “Our business model and value propositions introduce a new paradigm and represent a game-changing business opportunity for the Brazilian payment industry,” Cruz remarked.

Cruz on the Startup Experience: Constraints

As our conversation wound down, Cruz reflected on his startup experience with Zoop in comparison to his previous work in larger companies as an employee. What’s different? He replied, “When you’re an entrepreneur, you have to work with constraints. That’s when things get really interesting – the innovations come from there.” 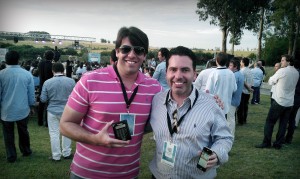 While working in research and development for Siemens, Nokia and IBM, he had seemingly unlimited access to funds and resources. In the startup world, that simply hasn’t been the case. Zoop managed to hire talent and build not just a website but also hardware, software and applications on an extremely tight budget – a major point of pride for Cruz and the Zoop team.

Zoop is attacking a huge problem in a very smart and fine-tuned way, and this is largely what has helped it draw so much attention so early on. Backed by Qualcomm, the startup is currently seeking more investors and partners to help it roll out its product and make the right decisions for its future.

Whatever happens next, Cruz and the Zoop team will not lose sight of what’s most important: helping small businesses and people like the owner of that Brazilian bar profit and stay afloat.