Latin America’s largest crowdfunding platform, Idea.me, made the announcement that it has raised over US$1 million. Having been in business for just 18 months, the startup has already funded 180 projects.

Idea.me, which will soon launch operations in Colombia, leads Latin America’s crowdfunding sector. The global crowdfunding market is expected to reach an annual value of US$4.6 billion within the next five years, according to a study performed by Crowdfund Capital Advisers and UC-Berkeley. Latin America should represent 20% of that amount – an encouraging figure. 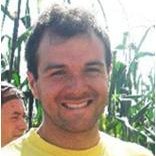 Part of Idea.me’s growth strategy has been the hiring of a new CEO, Mexican Luis Ortiz Gross, who previously worked as the Executive Director of Development of NGO TECHO.

Ortiz Gross holds a degree in International Business Management and has six years of commercial experience in various organizations and companies.

“2013 will be a fundamental year for crowdfunding in Latin America. After a few years of experience, tests, successes and failures, the industry is ready to consolidate, at least in the principal markets: Argentina, Brazil, Chile, Colombia, Mexico and Uruguay,” affirmed Ortiz Gross. “For Idea.me, 2013 will be a breakthrough year. We have experimented in and worked on consolidating the business in each of the markets mentioned. Today, we are the only regional platform out there, and that positions us as a market leader. We will continue to work hard so that this year we’ll experience the same takeoff as we’ve seen in previous years.”

With the acquisition of Brazilian startup Movere, Idea.me now boasts a strong presence in Brazil as well as Argentina, Chile, Mexico and Uruguay. It is now exploring other market opportunities in Latin America, such as Colombia, Peru and Venezuela.

A trend report released at the end of last year revealed that 2012 was a year of proliferation of crowdfunding platforms. In 2013, we’re likely to see entrepreneurs and project collaborators using these platforms in different ways.

See the infographic below to get the full picture: This text has been translated and adapted into English by Emily Stewart from its original Spanish publication.