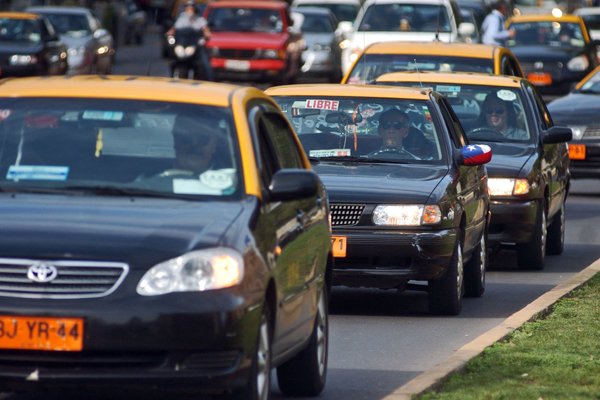 SaferTaxi has just completed its second investment round, closing in at US$4.2 million to improve its service and continue its expansion. It is now the most funded Start-Up Chile company.

The startup is a pioneer in the region and one of the first to launch a service through which users can order taxis through mobile devices. SaferTaxi was founded by a group of entrepreneurs who met at Harvard Business School: Clemens Raemy (Founder and CEO), Jonathan Lo (COO) and Diego Massanti (CTO). The three made the decision to travel to Latin America in 2011 to form part of Start-Up Chile’s first acceleration class.

Since then, SaferTaxi has positioned itself as the best startup on the market for coordinating taxi travel. The average number of rides taken in Chile through SaferTaxi increases 60% each month, and during the month of January, 1,500 rides were programmed each day in Santiago alone. To set itself apart from the competition, SaferTaxi offers taxi drivers smartphones at reduced prices as well as wireless internet in registered vehicles. Currently, the application is available for Android, iOS and Blackberry.

The investment was made by Otto Capital, Kaszek Ventures and Draper Associates – funds that include Hotmail and Skype investors as well as the founders of MercadoLibre. It demonstrates confidence in the results SaferTaxi can produce in Brazil, Argentina and Chile. “We lead the industry in Chile and Argentina, and we are expanding with full force in Brazil. These new resources will allow us to improve user experience and move into other cities,” explained Cristóbal Llugany, who directs SaferTaxi’s Chilean operations. He added, “Our numbers impress and reflect the quality of our operations and services. This funding will help us to cement our position of leadership.”

SaferTaxi already has over 750 taxis registered in Chile and more than 2,250 in all of the cities in which it operates. With this latest investment, the startup aims to reach a fleet of 3,000 taxis in Chile by August 2013, extending its reach to the country’s biggest cities. It also aspires to establish itself as the leader of its sector in Brazil.

This text has been translated and adapted into English by Emily Stewart from its original Spanish publication.