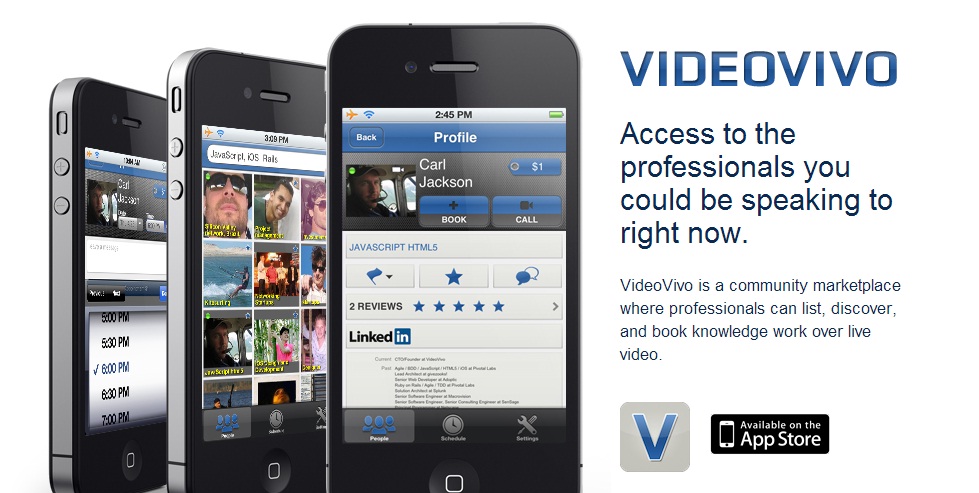 When I prepared for my digital interview (read: Skype chat) with VideoVivo’s Ofer Baharav, I had every intention of avoiding the video element of our talk if possible. While I generally enjoy seeing the face of the person I’m speaking to on Skype, I absolutely abhor the idea of appearing on camera myself.

As soon as our talk got rolling, however, Baharav explained to me that my no-camera plans would be foiled. If his app was going to succeed, people were just going to have to get used to this whole video thing – including, apparently, me.

Camera on, video rolling, it was time to talk about VideoVivo.

VideoVivo is a community where professionals can exchange advice, skills and opinions via video, and network as well. The winner of AppCircus São Paulo, it is among the seven Latin American apps slated to compete at the Mobile Premier Awards in Barcelona later this month.

Baharav and Carl Jackson founded the startup in 2011 and have worked alongside professionals from Brazil and Silicon Valley in building the VideoVivo application. For the time being, the app is available for iOS only.

VideoVivo boasts a presence in both São Paulo and Silicon Valley, with representatives of the company based in both locales. However, VideoVivo is currently operating out of a new city – Santiago – thanks to Start-Up Chile. 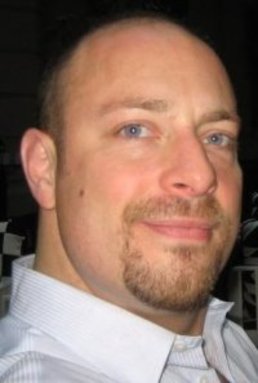 Start-Up Chile selected VideoVivo to form part of its fifth class of startups, and Baharav was highly enthusiastic about his team’s experience with the program.

He highlighted the excitement surrounding Latin America as a whole at the current moment as well as VideoVivo’s experience in Brazil and the region in general. “Latin America is a great market with top professionals that is growing fast,” he elaborated, citing the regional market as one his company “believes in strategically.”

Of course, equity-free financing was an important factor in the decision to participate in Start-Up Chile. However, Baharav also pointed to the organization’s mentorship program, though which participants give back to the local entrepreneurial community in Chile. This he deems a very rewarding experience, especially in a place that is often overlooked.

Barcelona: Eye on the Prize

VideoVivo has been up and running for a few months, but work on its product is hardly finished. Baharav pointed to a growing Silicon Valley trend of simplification, of boiling applications down to their very essence within the mobile community – a measure to counteract the infamous feature creep. The VideoVivo team is in the process now of refining and simplifying its app, in part in preparation for its impending trip to Barcelona.

On February 25th, VideoVivo will compete against 19 other applications at the 2013 Mobile Premier Awards in Europe, which is part of Mobile World Congress 2013. The startup already racked up a win at AppCircus São Paulo last year, where it came in first place ahead of more than 50 other competitors.

While in Barcelona, the VideoVivo team will focus not only on pitching the product but on networking, too. Baharav also revealed one exciting tidbit: VideoVivo will likely launch a new product during the event. And after Barcelona, the team will be off to SXSW.

Changing the Culture of Video

In the weeks and months to come, VideoVivo will continue to refine its application, maintaining the aesthetic appeal of the product while identifying and amplifying what it is that users most value.

The company will also endure in its crusade to change the way we communicate and encourage the adoption of a culture of live video. VideoVivo aspires to connect professionals near and far, sparking the exchange of ideas and knowledge and fostering relationships all over the globe.