Though it often flies under the radar, the cleanweb movement is definitely at work in Latin America. In Chile, Reforest Patagonia is leveraging the power of crowdfunding to revive a national park. Both Poolami in Argentina and Ruta Compartida in Colombia are reducing emissions by connecting carpoolers. Within the walls of Start-Up Chile, Oroeco is developing a way for consumers to track the environmental impact of every single purchase they make.

And let’s not forget Brazil. It is the home of numerous environmentally-conscious initiatives and startups, such as Porto Leve, a Recife urban mobility program through which citizens can rent bikes using their smartphones, and Bidcorp, a marketplace for surplus construction materials. Even Airbnb, which boasts a highly-active market in Brazil, has inadvertently contributed to the cleanweb movement by giving travelers a way to find accommodations that are much more energy-efficient than hotels.

Brazil, in fact, is poised to become Latin America’s cleanweb leader.  “Supported by a strong and vibrant entrepreneurial culture, Brazilian cities are ideally positioned to receive investment in the cleanweb space, and to serve as laboratories for cleanweb-oriented technologies and companies,” explained Rafael Figueiredo, who is heading up the Brazilian leg of the Global Cleanweb Initiative, a grassroots movement committed to solving issues related to resource constraints through the application of information technology.

Cleanweb is a form of clean tech that takes advantage of the internet, social media, software engineering and mobile communications to alter the way we consume resources, interact with the environment and understand our impact on the world. It addresses resource constraints as well as energy and environmental concerns, accelerates mainstream distribution of green products and services, stimulates eco-friendly behavior, modernizes basic public services, and expands the use of new and renewable energy.

It is estimated that over 25% of all venture capital financing directed at the clean tech sector since 2011 in the United States has gone to companies in the cleanweb space.

The Global Cleanweb Initiative has been created to promote the cleanweb movement and bring together communities to create solutions related to transportation, energy and agriculture, among others. It currently reaches across four continents, including Latin America, where it has set out to make an impact in Brazil. The local chapter plans to start organizing grassroots events, including meetups and hackathons, in Rio de Janeiro, São Paulo and Minas Gerais this month.

Figueiredo pointed out that Brazil has long been considered an energy-creative and environmentally-friendly country and has expressed ambitious greenhouse gas emissions reduction targets. He pointed specifically to the biofuel industry as well as Brazil’s efforts over the past decade in pushing biomass and wind as alternatives to the country’s heavy dependence on hydroelectric power. Clean energy incentives have been implemented at both federal and state levels, and recently, legislation was passed to bolster off-grid, distributed generation and smart meter deployment.

Sustainability is also on the corporate agenda. “As in the US and Europe, innovation in sustainable business and technology is increasingly becoming a high priority agenda item for a number of large corporations (both domestic and multinationals) in Brazil,” Figueiredo noted.

For Figueiredo and the Global Cleanweb Initiative Team, several factors render Brazil a country with high potential for the cleanweb movement to take hold. He elaborated, “Basic services in Brazil need improvement and stakeholders on both sides of the meter (utilities and their captive customers) lose significant revenue due to inefficiencies in the existing grid system and infrastructure. Plus, rapid population growth, accelerated urbanization (currently, approximately 80% of all Brazilians live in metropolitan areas), high energy and water rates, dramatic shifts in consumption patterns and resource demands will drive major economic dislocation in almost every one of the basic industries and public services in the next decade.” 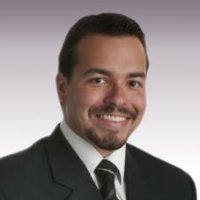 Figueiredo also pointed towards increased pressure on Brazil to have reliable services in preparation for the 2014 World Cup and 2016 Olympics. He added, “Companies that develop software and innovative business models that are built around saving energy or water consumption, or allow for better management of resources, will play a crucial role in supporting the country’s objectives in that regard.”

Nevertheless, Brazil, like most industrialized nations, does pose its fair share of challenges, especially when it comes to established, trillion-dollar sectors, such as, for example, electricity. Not only do investments need to be directed towards emerging sub-sectors like cleanweb, but the population as a whole must undergo a change in mindset as to how resources are utilized and managed.

In addition to its grassroots efforts, the Global Cleanweb Initiative will also reach out to develop strategic partnerships in Brazil to keep close tabs on innovations and remain on the cutting edge of sustainable technology. It will also focus efforts on specific sectors and industries.

“I believe that there is a lot of money to be made in the digital oilfield space as a result of pre-salt layer oil discoveries. There is an entire sector being created around pre-salt reserves and software that, for instance, plays a role in making the oil drilling and production cleaner and more efficient. Anything that reduces power consumption will certainly be highly sought after as well,” Figueiredo said.

He concluded, “Of the many verticals under the broader cleanweb umbrella, I believe that those companies in smart energy, smart agriculture and mining, and smart transportation and urban mobility are the most promising with respect to Brazil, specifically. A significant amount of savings can be harvested through the web and mobile-enabled devices, which can be tied to data analysis technologies and turned into tools for better energy management.”