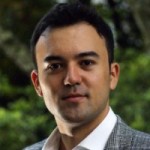 By Conrad Egusa, Co-founder of Espacio, a coworking space and entrepreneurial center located in the heart of Medellín, Colombia. Egusa is currently a mentor at The Founder Institute, a partner at Brownstein & Egusa, and he was formerly a writer at VentureBeat. He can be reached at conrad@espacio.co.

Did you know that according to the World Health Organization, one of the pollutants emitted by vehicles causes more than 200,000 deaths a year in Latin Amerca?

Medellin-based startup Ruta Compartida launched this week to help address the challenges of pollution and traffic by promoting the use of carpooling among companies and universities.

Ruta Compartida is a carpooling platform designed for businesses and universities that want to be socially responsible. In contrast to carpool startups in the United States such as Zimride, which address individual passengers, Ruta Compartida partners with companies and universities to create organization-specific platforms. In this way, employees and students only carpool with the people with whom they work and study, and a greater degree of security exists.

Says founder Giovanny Gomez, “The idea for Ruta Compartida came when I was in the middle of a traffic jam, and as I looked around I saw vehicles with people traveling alone! We believe that by promoting carpooling in this manner, companies and universities can feel safe and be more responsible with their vehicles.” 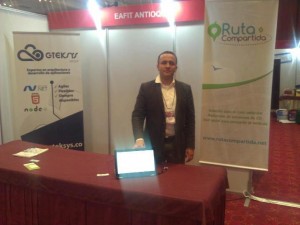 With Ruta Compartida, after an organization has registered, an individual can log in, select a departure and arrival point, and see which individuals in their company or university pass through that route. A messaging system exists, allowing coworkers and peers to contact one another.

Despite its early beginnings, Ruta Compartida has traction within the city of Medellin and greater Latin America. The company is in discussions with the Chamber of Commerce in Panama, and the city of Monterrey, Mexico. Ruta Compartida participated in the event Colombia Joven Emprende, held last November in the city of Bogota, where the company presented to Colombian government officials and to the Mayor of Bogota.

Alongside Start-Up Chile graduate Intern Latin America, Ruta Compartida is one of many startups launching in Medellin and is looking to set an example to younger entrepreneurs in the city. According to .CO online marketing manager Daniel Dominguez, “In the last couple of years in Colombia, there’s been an evolution in the startup ecosystem, not only in Bogotá and Medellín, but now in many other cities of Colombia. I think that this is just the beginning of a new era of startup thinking for Colombians.”

Ruta Compartida was founded in 2012 by Giovanny Gomez, who is also the Founder of the development firm Gteksys. The company is headquartered in Medellin, Colombia.

Editorial note: Ruta Compartida is one of many Latin American startups competing in the carpooling arena. Though its organization-specific focus serves as a significant differentiator, it still has to contend with players like Poolami, Aventon.es and Lifters. And considering the growing trend of startups centered on solutions related to transit and urban life, there’s a good chance more companies will soon be getting into the carpool game.