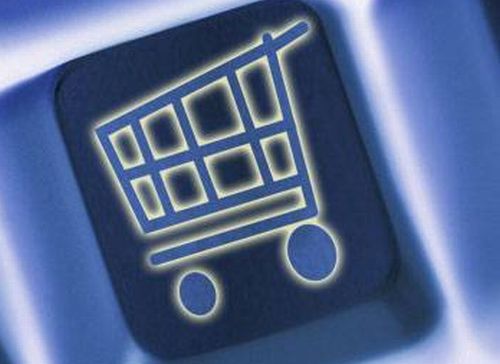 A new survey conducted by the Argentine Chamber of Electronic Commerce (CACE) indicated that e-commerce in Argentina grew 44% over the last year, reaching sales of US$3.34 million (AR$16.7 billion). Of that amount, US$3.3 billion (AR$15.3 billion) were in B2C sales and US$280 million (AR$1.4 billion) in C2C.

In 2012, online shoppers represented 32.4% of all internet users, meaning a total of 10 million people.

Online sales represent 16.7% of Argentina’s ITC market (which, according to November projections, amounted to US$20 billion in 2012), considering products and services related to telecommunications, the internet and computers. It is estimated that e-commerce in Argentina represents 8.7% of all e-commerce in Latin America and the Caribbean.

What’s more, the study also revealed that over 72% of Argentine internet users consult the web regularly to analyze their offline purchasing options, thus amplifying the reach of the medium as an essential part of the buying process.

– A constant increase in the number of companies that sell their products online. More than 31% of SMEs carry out operations online, compared with just a few dozen that did so a decade ago.

– A surge in the variety of sectors, products and services offered, as well as a rise in the quantity of items sold. The average number of items sold online by the companies in the sample was 2.55 million, as opposed to 1.48 million on 2011.

– A sharp increase in internet connections, from 130,000 connections in 2001 to 6.5 million in 2012. Likewise, mobile broadband connections grew to more than 1.8 million at the end of 2012, and semi-public access points (wireless in cafes, hotels, etc.) are continually being developed, as well as other connection modes – public and private, free and paid.

– Credit card payments play a bigger role, as 57.3% of those surveyed reported using a credit card for online purchases.

– The emergence of more and more discount companies and online buying clubs that not only capture consumers but that also help SMEs and sellers of products and services not generally found online (restaurants, clothing, beverages, etc.) market and sell on the internet.

The study also contemplated the impact and relevance of online advertising (US$229 million were spent in the sector in 2011, Google representing over half that amount), digital marketing, positioning and online classifieds as well as commissions for payment services, sales platforms, hosting, design and site maintenance. Digital marketing and e-mail marketing tack on an additional US$16 million (AR$80 million) to online business.

However, the study revealed that these areas have suffered the consequences of a slow growth in investments from medium and large enterprises as well as increased fragmentation due to a surge of numerous micro-startups dedicated to diverse sets of tactics and strategies for digital marketing.

The growing role of Google in online publicity “cannibalizes” the market, but many companies have started to organize internal areas for the management of commercial activities through social networks.

Along those lines, social networks have proven an increasingly-popular means of C2C commerce – an informal exchange “among friends” without the involvement of companies, platforms or even set methods of payment. Such activity represents 15% of all C2C.

Effects on the Local Economy

The internet accounts for, both directly and indirectly, 7.4% of Argentina’s GDP and the employment of 120,000 skilled laborers (1.1% of the economically-active population).

To provide a complementary context for the interpretation of the results of the study, annual computer sales reached 2.7 million in 2012, 66% of which were portable devices such as netbooks and laptops.

The total number of internet users in Argentina, 31.1 million people, represents more than 75% of the country’s population. There are over 6.3 million internet connections in the country, 5.5 million of which are fixed broadband.

The number of mobile phone lines surpassed the number of landlines in 2003. Today, the former outnumbers that latter four times over. There are 40.1 million mobile lines active in Argentina, 25% of which are postpaid. It is estimated that a quarter of mobile lines correspond to devices with internet access or 3G.

In consideration of Argentina’s current political and economic climate, in 2013, the rubric is predicted to grow by approximately 48% (in Argentine pesos) with respect to 2012 revenues. This projection implies that e-commerce could reach a total volume of US$5 billion (AR$25 billion).